Seems only fitting that this article be titled with an older movie reference to Tim Burton’s Batman, honestly, as it seems Hideo Kojima and Konami have had the same kind of symbiotic and rather tumultuous relationship in the past as Konami was the one company that would give Kojima a chance back in the 80’s and, now, with the post-Metal Gear Solid V dramatics, they will be the ones to finally see him go and make something of himself elsewhere. While there’s word that Kojima is under an NDA about his departure from Konami, there is plenty of speculation as to why he is not longer with the company, most of that speculation following the line of thought that Konami is the new video game company that’s easy to hate and point fingers at, somewhat relieving Electronic Arts of that position. While there’s a lot of truth to what’s being spouted among the common gaming community, I think that things are quite a bit more simpler than people give the situation credit for and I find that Kojima may have had just as much a hand in how things ended up as Konami did.

The Man Behind the Myth

To truly understand the situation behind Konami and Kojima’s split, you kind of have to understand the kind of man Hideo Kojima is: this man is a visionary, an idealist, a man with his head high up in the clouds, telling you how the future’s going to be. However, he’s also the kind of man not concerned with the present and the kind of challenges needed to be faced in order to bring him and his ideas into that bright and magnificent future. He’s the kind of guy who paves roads on the backs of those who would lay the asphalt before him; he’s the kind of guy who would sing a song and steal the credit from the band and the songwriters; this is the guy with the vision and the dream but little more than the habit.

Some might say that without that vision, without that dream, we wouldn’t have some of the great things in gaming that we have today. You’d be right there, to a degree: he has some wonderfully excellent ideas and he made things great by melding mediums into what he saw for video games long before it was even technically possible, much less viable in the market. A lot of people treat him like he’s some kind of video game messiah but my image of the man, in my mind, is a little less iconic and a little more realistic: Hideo Kojima is a visionary but he is not the trend setter and majesty that everybody makes him out to be. He is not the sole man behind the Metal Gear franchise and he is far from the reason for everything that made that franchise great and, like the frontman in a classic rock band, he seems to take the spotlight away from a lot of the people that contributed.

The irony here is that I think Kojima doesn’t buy into his own superstar image: however, he seems to almost constantly be like a kid in a candy store, looking around for neat things to discover, try, and enjoy. He doesn’t seem concerned with the image placed upon him in the North American mainstream gaming media. He just wants to make the kinds of games he’s always wanted to make and he’s done that and has always been doing that, nothing more and nothing less. I think this is why so many people support him, even if a lot of people are blowing his contributions to gaming a little out of proportion: they dig his down-to-Earth, “don’t give a shit” attitude that really speaks to people’s hope that anyone can make it by simply being passionate about something. 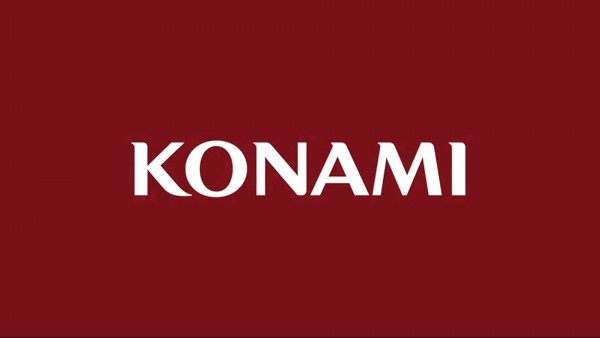 The Company Behind the Hate

The conventional bogeyman title of the gaming industry has been something that has been passed around for almost as long as I’ve been alive but it seems to pass a lot more hands lately, these days belonging to Konami. I’m usually quick to say to someone when a company takes a lot of flak just because they’re easy to hate – usually for simply participating in capitalist practices that just about anyone else in North America wouldn’t be caught dead in passing up – but the argument against hating Konami is something a little different, this time around: you see, Konami has always been one of these weird companies that fit a role much like a convenient evil… everyone’s always willing to accept them so long as they’re useful but the moment they slip up it’s back on the cross with them.

Konami, back in the 80’s, may as well had the right to print cash for themselves: they had their fingers directly on the pulse of gaming and the many other industries Konami had hands in. It wasn’t because they were any kind of pioneers but rather that they saw opportunities and seized them: Konami found an idea that worked and applied loved properties to them and just kept re-releasing that same project over and over and over again and you can see it in nearly everything they put out from the late 80’s right up until a few years ago. They knew how to make money and that’s always what they’ve concerned themselves with. Konami is a business before all else and it seems that whenever a company like Konami does things like they do people react in such a vile manner that it almost seems like people feel shame for letting them get away with it for so long, that the hate comes from a kind of self-loathing for using them to get what they wanted out of them for so many years. Did people forget Snake’s Revenge? Did anyone think that was an innocent mistake? Were you okay with that so long as you were able to enjoy Turtles in Time, Dance Dance Revolution, or Contra? They’ve been like this for a long time, friends, and you’re choosing now to hold them accountable because of their deciding to part ways with Hideo Kojima?

Before you jump on the bandwagon of “there’s plenty of other practices that make them worth hating,” I must say that, yes, there’s a lot of capitalist crap happening at Konami right now. One doesn’t have to look far, either – look at the Silent Hill franchise, the Metal Gear franchise, even some of their longtime beloved franchises like Contra or pretty much any of their linear shoot-’em-up franchises in the 80’s and 90’s: this treatment is nothing new and so long as they continue to sell, they’re not going to change anything so long as they’re not breaking any laws. 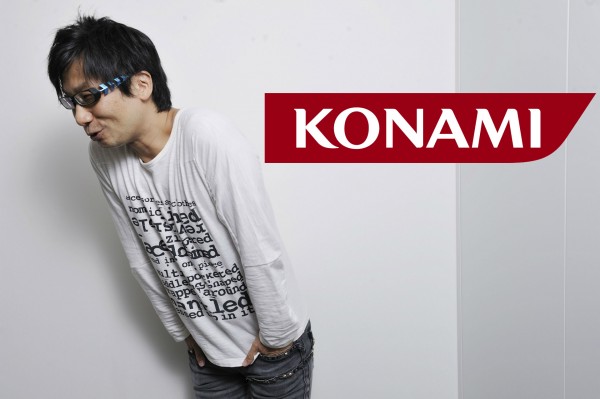 A Childish End to a Childish Feud

So, what do you get when you constantly bring together a man who is so completely absorbed with his vision that he doesn’t see what he’s doing to those around him and a company that’s so absorbed in its profits that it cannot see what it’s doing to those around it? You get an awfully childish feud, that’s what. You get something so completely ridiculous and childish that it almost seems like it would have to be staged to make any sense to someone with more maturity than a high school student. Kojima’s vision was something that had always been costly and Konami didn’t like that: Konami had always put a lot of pressure on its corporate staff to keep costs down and risk low. The only reason Kojima didn’t get the boot earlier, I believe, was that Metal Gear was an extremely low-risk venture and after Guns of the Patriots, a game Konami was almost ready to accomplish without Kojima at all – well, you know, until the man received some rather uncomfortable death threats, as the rumors say, that brought him back to the franchise – Konami felt that they had nothing to lose getting rid of Kojima. They finally had their cash cow and it was enough to sell to casual gamers around the world without the Kojima label and this whole process that led up to his name being removed off of the final Metal Gear Solid V project was just an experiment to see if the age-old gaming adage was right: most gamers don’t care what you do if you give them what they think they want.

Kojima can’t really complain, either, I suppose – he retained his team, his reputation, his image, his money, and gained support of another major player that’s floundering in certain markets right now: Sony. Things are looking pretty damned good for the man right now and, honestly, this is likely why he hasn’t really made a fuss about anything. He created his own little Outer Heaven: a place made by gamers, for gamers. Whether or not that will go the way of Metal Gear is yet to be seen but I suppose only time will tell.

Kojima’s a good man and Konami’s a pretty capitalist company but this whole “feud” can go down as a brilliant example of how the media and, by proxy, social media can turn a situation, people, companies, anything, into something it’s not purely by word of mouth alone. Kojima’s just a visionary, not some kind of gaming messiah. Konami’s not the devil, they’re the capitalist conglomerate that most of gamers from the 80’s and 90’s helped build. This isn’t a “feud”, this is just a business partnership that collapsed terribly in the public eye when it should have been kept private. 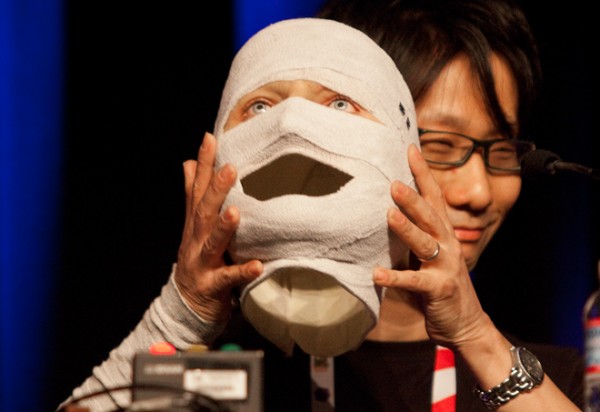