Hacknet is an immersive, terminal-based hacking simulator for Windows, Linux and Mac. Dive down a rabbit hoIe as you follow the instructions of a recently deceased hacker, whose death may not have been the accident the media reports. Using old school command prompts and real hacking processes, you’ll solve the mystery with minimal hand-holding and a rich world full of secrets to explore. 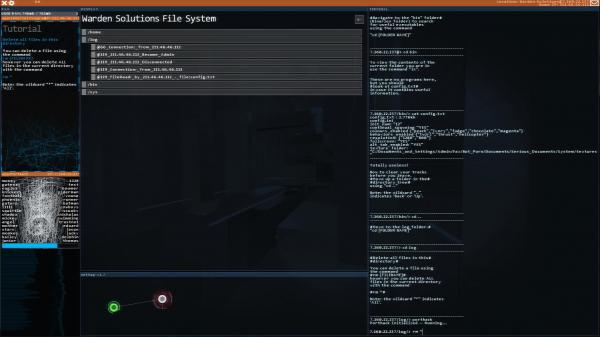 Bit, a hacker responsible for creating the most invasive security system on the planet, is dead. When he fails to reconnect to his system for 14 days, his failsafe kicks in, sending instructions in automated emails to a lone user.  As that user, it’s up to you to unravel the mystery and ensure that Hacknet-OS doesn’t fall into the wrong hands.

Exploring the volatile nature of personal privacy, the prevalence of corporate greed, and the hidden powers of hackers on the internet, Hacknet delivers a true hacking simulation, while offering a support system that allows total beginners get a grasp of the real-world applications and commands found throughout the game.
Hacknet is available now on PC via Steam and the Humble Store. Mac and Linux versions were heavily requested after the announcement of the game and the developer is now working on supporting those platforms as soon as possible. 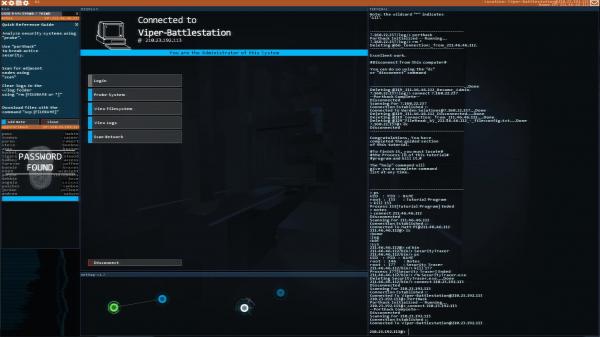 Hacknet’s Linux/Mac versions were made using FNA, a new reimplementation of the XNA framework. Hacknet is the debut title for FNA’s first official release, which will be available on Monday, December 21 at http://fna-xna.github.io/. “Given the UNIX-based nature of the game, it’s not surprising that the number one request we get is to add Linux support,” said Matt Trobbianni, developer of Hacknet. “Initially I thought this wouldn’t be possible given the game was developed in XNA and has some complex platform code, but with some help from Ethan “flibitijibibo” Lee and his FNA libraries, we’re excited to be able to bring the game to Linux and also Mac users.”

Launching for Windows PC’s in August 2015, close to 100,000 gamers have purchased Hacknet to date and it enjoys an overwhelmingly positive (>95%) user review rating on Steam.