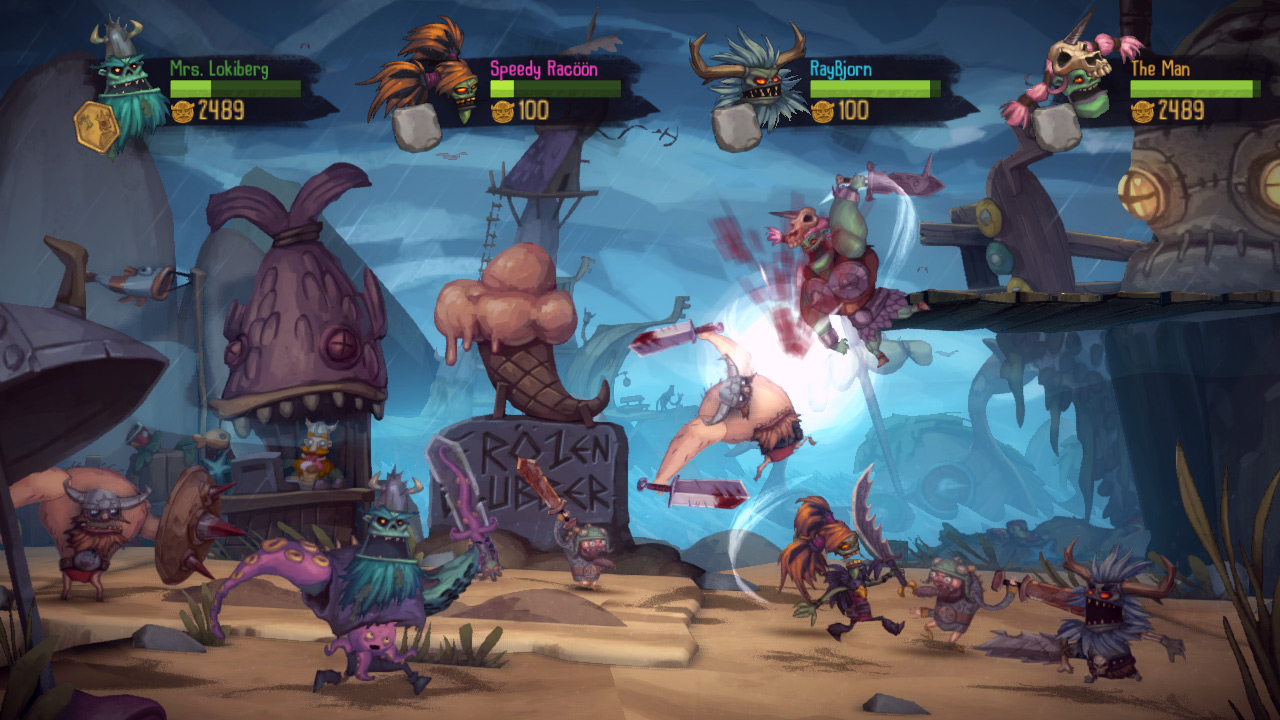 Previously released on the Playstation 4 in September, indie game Zombie Vikings from Swedish developer Zoink Games is being released on Monday, December 7th for Steam. For those not familiar with the game it’s an entertaining adventure of up to four undead Vikings on a quest though Norse soil to retrieve Odin’s lost eye. With the Steam release coming around the corner, also comes a major update for the game, which will also be available for the PS4 later in the month. Among the updates are-

In addition to that, the Steam release will be including Steam Cloud Saving, and Steam Trading Cards.

The Steam version releases on December 7th at 7:00AM PST and includes the update for $19.99USD with a 20% launch discount for the first week, so if you’ve been wanting to get it, now’s the chance! In addition to that, a bundle containing DLC characters Frostbjörn and Raybjörn along with the game’s soundtrack will be available for $24.99USD.