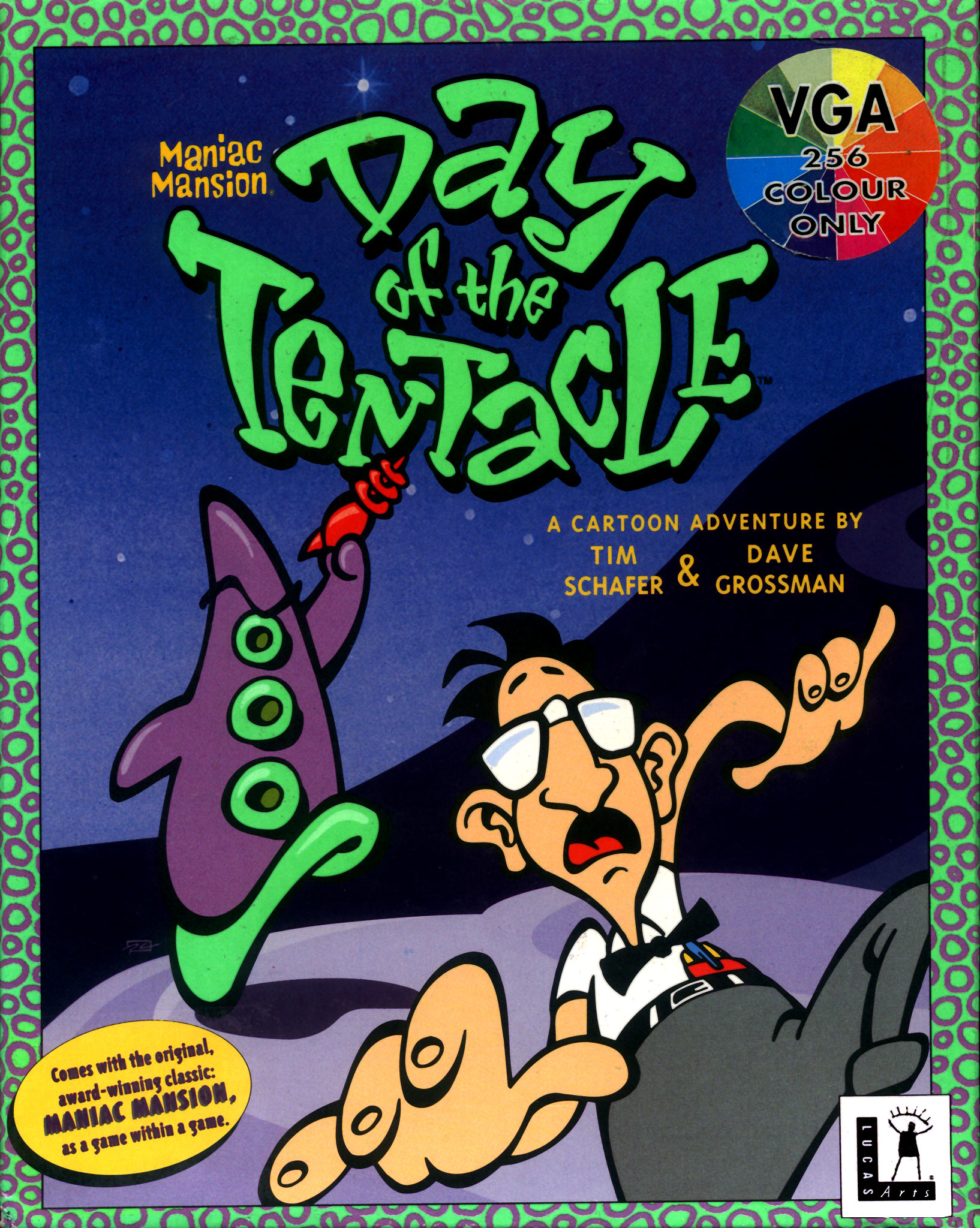 Last night on stage, Tim Shafer announced that Day of the Tentacle Remastered will be coming to PS4 next March. The game will feature an updated control scheme, as well as a new coat of paints to make the now well over 2 decade old game look the part. It has also been confirmed by studio Double Fine behind the scenes that they are also working on a remaster of Full Throttle, which will release at some point after Day of the Tentacle for PS4 and Vita.

I’m a bit too young to have much fondness for old fashioned point-and-clicks. I just about managed to catch the tail-end of Grim Fandango as the genre was dying out. Now, with Telltale’s work in putting the genre back on the map, albeit in a new form, it feels like more and more developers are also willing to try returning to the more traditional forms of this genre, with games like Dropsy doing very well for themselves. Day of the Tentacle is not the kind of game I’d install dosbox for, but I’d give a remaster a go. Let’s just hope this project does well, so we can finally see that Psychonauts 2 game that’s currently being funded on Fig.

(Oh, and play Dropsy if you haven’t yet. Seriously, I’m putting a link here cause that game is amazing.)