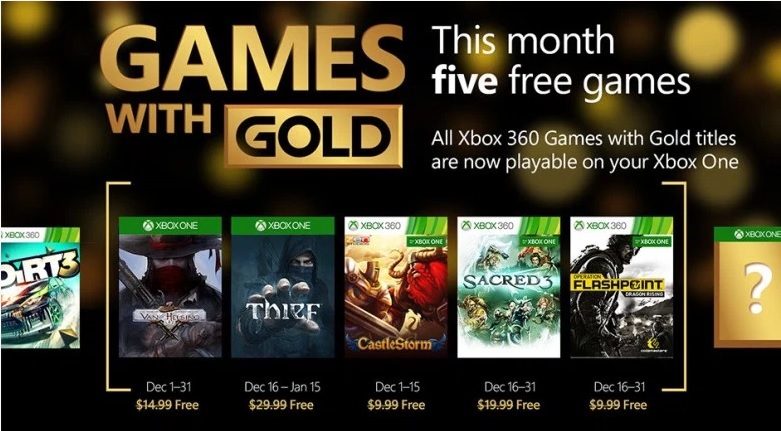 Microsoft has taken the wraps off of the games that Xbox Live gold subscribers will be receiving for free over the holidays (heh heh .. it’s a pun!). Sneaking into the shadows is Thief for Xbox One, exploring ancient dungeons are The Incredible Adventures of Van Helsing for Xbox One and Sacred 3 for Xbox 360. Bringing up the rear is Flashpoint: Dragon Rising for Xbox 360.

Here’s the full line-up with dates and MSRPs

Remember that all Xbox Games with gold are guaranteed backwards compatible on Xbox One! What do you think of Microsoft’s free holiday offerings? Let us know in the comments.