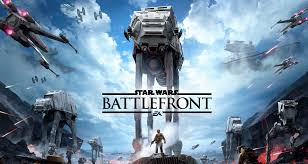 I’ve been eagerly awaiting for my chances to check out EA’s upcoming Star Wars Battlefront reboot since it was announced over two years ago at E3 2013. As a lifelong Star Wars fan it’s always my hope that the next playable Star Wars experience will bring me one step closer to channeling the force. Now we’ll all get our chance to see if EA & DICE will make this dream become reality with the Star Wars Battlefront Open Beta on PS4, Xbox One and PC next weekend – October 8th thru the 12th.

The open beta is meant to stress-test the game’s multiplayer servers ahead of the game’s November release date and includes a lot of the content that was present in the E3 2015 build of the game. That is to say a 40 person VS match set on the iconic ice planet Hoth as well as a co-op survival mode.  Making its playable debut in the Open Beta is the brand new Drop Zone mode.

Here’s a quick run-down for all of the open Beta’s content:

Walker Assault on Hoth: Fight in epic 40-player battles as a Rebel to destroy the Empire’s onslaught of AT-AT’s by calling in Y-wing bombers. Or, side with the Empire and protect your walkers while utilizing their mighty weaponry to crush the Rebel objective.

Drop Zone on Sullust: Escape pods are crashing down and you and your team must fight to control them. With its frantic 8v8 matches, Drop Zone is sure to put your combat and strategy skills to the test.

Survival Mission on Tatooine: Play alone or with a friend via co-op or split-screen as you battle to hold off waves of Imperial forces including AT-ST’s, TIE fighters, elite stormtroopers, and more.

The game’s companion app will also be available on iOS and Android and allows you to earn credits via a special “Base Command” mini-game which can be used to purchase new gear in Battlefront.

We’ll have more on Star Wars Battlefront ahead of its November 17th release.