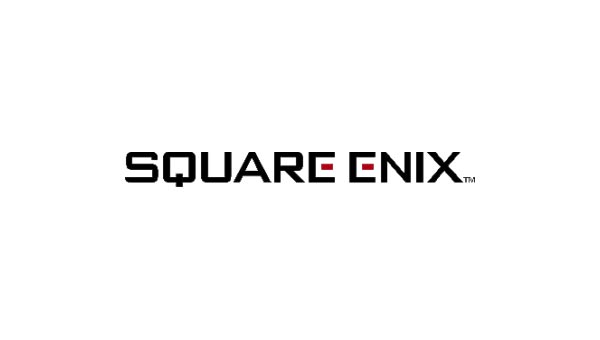 Square Enix will be attending the New York Comic Con from October 8th thru the 11th and they’ll be bringing some of their biggest titles for Q4 2015 / Q1 2015 with them. Here’s a full rundown of all of Sqaure Enix’s planned festivities for this year’s show.

The publisher has two developer lead panels lined up – the first being for the upcoming cyberpunk RPG Deus Ex: Mankind Divided tilted “Deus Ex: Mankind Divided – Creating the World of 2029” on Friday Oct 9th at 7:45PM in Room 1A21. Their second panel centers around the upcoming Just Cause 3 and is titled “Just Cause 3 : Choose Your Own Chaos” It will be held on Saturday Oct 10th at 1:30PM in room 1A21.

If you’re wondering what playable demos will be available in Square Enix’s booth – they’ve got a great mix of recent releases like Life Is Strange along with some upcoming 2016 like the latest Hitman.

Here’s their fully playable slate as provided by Square Enix:

LARA CROFT GO
Platform: Android, iOS, Windows Mobile
Developer: Square Enix Montreal
Availability: Now Available
Summary: Lara Croft GO expands the turn-based puzzle gameplay and takes you on an adventure set in a long-forgotten world. Explore the ruins of an ancient civilization, discover hidden secrets and face deadly challenges as you uncover the myth of the Queen of Venom. Attendees will witness a never-before-seen take on the iconic franchise featuring challenging gameplay, gorgeous visuals and a mesmerizing soundtrack, all at your fingertips.

DRAGON QUEST HEROES: The World Tree’s Woe and the Blight Below
Platform: PlayStation®4 computer entertainment system
Developer: Omega Force from Koei Tecmo Games
ESRB: T for Teen
Availability: Oct. 13, 2015
Summary: DRAGON QUEST®, one of the most iconic RPG series from Japan, will be transformed into a full-scale action RPG in the West. Players must rise up against insurmountable odds, challenge swarms of enemies and conquer gigantic monsters. It is filled with characters and monsters designed by world-renowned artist Akira Toriyama. Also, Yuji Horii, director and creator of DRAGON QUEST, and Koichi Sugiyama, the renowned composer closely tied to the series, are closely involved in bringing this title to life. The demo area allows fan to take on and challenge the all-mighty monster, Gigantes.

JUST CAUSE 3
Platform: PlayStation 4, Xbox One and Windows PC
Developer: Avalanche Studios
ESRB: RP
Availability: December 1, 2015
Summary: The Mediterranean republic of Medici is suffering under the brutal control of General Di Ravello, a dictator with an insatiable appetite for power. Enter Rico Rodriguez, a man on a mission to destroy the General’s hold on power by any means necessary. With over 400 square miles of complete freedom from sky to seabed and a huge arsenal of weaponry, gadgets and vehicles, prepare to unleash chaos in the most creative and explosive ways you can imagine.

FINAL FANTASY EXPLORERS
Platform: Nintendo 3DS™ hand-held system
Developer: Square Enix
ESRB: E10+ (Everyone 10+)
Availability: January 26, 2016
Summary: FINAL FANTASY EXPLORERS focuses on cooperative play with friends and utilizes a refined party system allowing Explorers to master over 20 new and familiar jobs—including Knight, Monk, Black Mage and White Mage—to defeat the realm’s mightiest monsters and even recruit them for battle. Players will have the ability to call upon the powers of eidolons like Ifrit and Bahamut, as well as transform into other legendary characters from the FINAL FANTASY series via the Trance feature.

DEUS EX: MANKIND DIVIDED
Platform: PlayStation®4 system, Xbox One®, the all-in-one games and entertainment system from Microsoft, Windows PC
Developer: Eidos-Montréal (a Square Enix studio)
ESRB: RP
Availability: February 23, 2016
Deus Ex: Mankind Divided, the sequel to the critically acclaimed  Deus Ex: Human Revolution®, builds on the franchise’s trademark choice and consequence and action RPG-based gameplay, to create both a memorable and highly immersive experience. Players will once again take on the role of Adam Jensen, now an experienced covert agent, and will gain access to his new arsenal of customizable state-of-the-art weapons and augmentations. With time working against him, Adam must choose the right approach, along with whom to trust, in order to unravel a vast worldwide conspiracy.

HITMAN
Platform: PlayStation 4, Xbox One and Windows PC
Developer: IO Interactive (a Square Enix studio)
Availability:  TBD
HITMAN will see players perform contract hits on powerful, high-profile targets in exotic locations around the world, from the highly fashionable Paris and sunny coast of Italy to the dust and hustle of the markets in Marrakesh in this creative stealth action game. Gameplay focuses on taking out targets in huge and intricate sandbox levels with complete freedom of approach. Where to go, when to strike and who to kill — it is all up to you. And for the first time, HITMAN will lead with a digital release inviting players into a world of assassination.