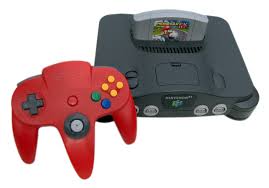 The Nintendo 64 didn’t get as much love as other classic Nintendo consoles in terms of Virtual Console in the 7th generation but hopefully the second time around is a bit better with the announcement of N64 games for the Wii U Virtual Console.

Announced for the VC were Super Mario 64 and Donkey Kong 64. The former is available right now on the North American E-shop while DK64 is expected to launch sometime in the near future. Prices for N64 titles range from $6.99 to $9.99 USD.