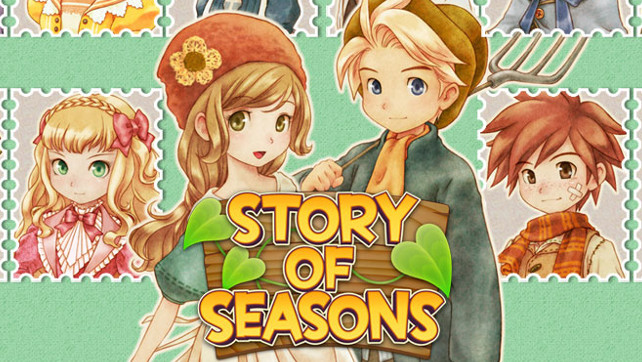 Story of Seasons – The best-selling series Bokujo Monogatari is reborn outside Japan as Story of Seasons. The farming and life-simulation game improves upon the farming and relationship building that the series is known for, while adding the theme of “Connecting,” both with other lands across the game world or with other players online. Use the game’s StreetPass feature to fill your town with visiting farmers or connect to Wi-Fi to visit your friends and farm together. Click here to view a trailer for the game.

BOXBOY! – Think outside the box in this charming black-and-white puzzle platformer from the creators of the Kirby series. Traverse tricky landscapes by creating boxes to help Qbby navigate more than 20 puzzling worlds and more than 150 challenging stages. Just watch out – tons of obstacles stand in your way. Click here to view a trailer for the game.

Underground – Welcome to the world of Sari and Swank, brave heroes in a world filled with challenging puzzles and fascinating locations. Accompany Sari and Swank in their quest and help them navigate and overcome obstacles, all the while subconsciously honing your laparoscopic surgery skills. Guide Sari and her robots through an elaborate world of challenges. Gather resources and build your own custom solution for each puzzle, all the while fighting off enemies and environmental threats.

Yoshi’s Island DS – Download classic Nintendo DS games on your Wii U console! In Yoshi’s Island DS, team up with the Yoshi clan to save the day from Kamek. As Yoshi crosses the lush but perilous lands of Yoshi’s Island, he will also need to depend on his baby companions and their special abilities.