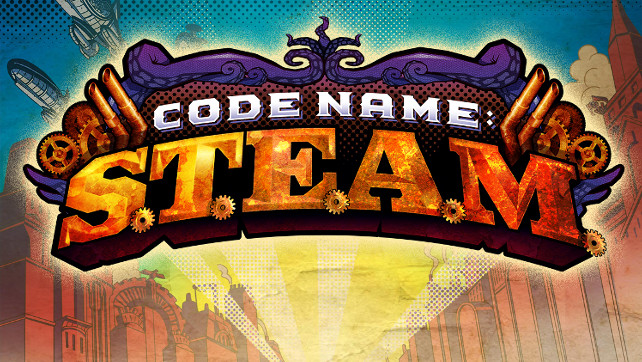 Code Name: S.T.E.A.M. – Command a strike team of unexpected heroes – assembled by Abraham Lincoln himself – to defend Earth against an alien invasion. Harness the power of steam to scout, surprise and annihilate enemies in this star-spangled blend of turn-based strategy and action game play. Only you can outwit and outgun this otherworldly threat.Code Name: S.T.E.A.M. will be available on March 13. Click here to view a trailer for the game.

3D Out Run – 3D Out Run is the much-loved 1986 driving game designed by Yu Suzuki, remastered and enhanced for the Nintendo 3DS family of systems. Click here to view a trailer for the game.

Trine Enchanted Edition – Trine Enchanted Edition is the origin story of the three unlikely heroes of Trine: Amadeus the Wizard, Pontius the Knight and Zoya the Thief. Spellbound by the magical object Trine, the heroes must join forces to overcome obstacles and puzzles in an interactive physics-based world, battle the undead and their minions and restore balance to the kingdom. Buy Trine Enchanted Edition and receive 20 percent off of Trine 2: Director’s Cut (and vice versa) in the Trine Series Fan Discount. Click here to view a trailer for the game.

F-Zero – GP Legend – Get your adrenaline pumping and race plasma-powered machines against the galaxy’s most elite racers in the Game Boy Advance iteration of this classic racing series! Compete in the Grand Prix or Story modes, climb the standings and unlock additional modes and characters.