I know that sometimes the term “old school” is thrown around a lot. Talk of any game that looks, plays and feels like it could have been released back in the days of the Nintendo Entertainment System brings that saying to the front.

Zombie Incident is another game that has that look and feel.

Here’s a brief synopsis of the game: Hamartia, the great citadel, became the symbol of human sin. After centuries of excesses its penance was going to come. In the darkness of the night, chaos invaded everything. Beasts started to scream. Nothing was like before! No one sane would go to that place. Join our heroine to explore the citadel, find the eight golden stars, and run away from there! 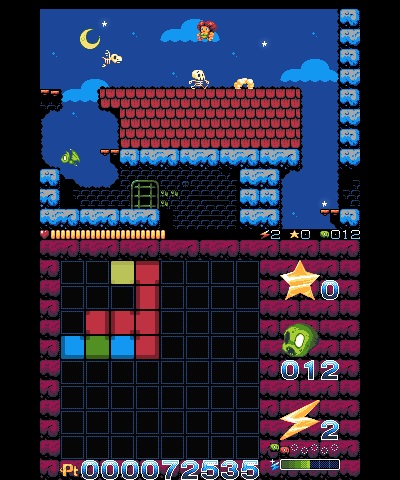 Basically you’re tasked with exploring and recovering the eight stars, which are hidden in the citadel. You’ll need to run around, defeating the monsters and find them all.

When you start off the game there are lots of zombified creatures roaming around the areas, which are separated into rooms. Some of them walk left and right while others move straight up and down or fly left and right. Their movements are pretty predictable so timing your jumps isn’t too tough, though getting hit on the side a little bit does some damage.

The strength of the zombies is displayed by their colour, with green being the weakest enemy. These will take two hits to defeat. When you jump on it once it will turn into a little dust cloud before reappearing in the final “skeleton” form. One final pounce and it’s toast. You won’t be able to hit it in the cloud form so it’s good to move away and attack again afterwards. As you progress you will find other colour zombies which are more powerful, in that they take more than two hops to defeat. You’ll simply bounce off of creatures that are too tough for you. 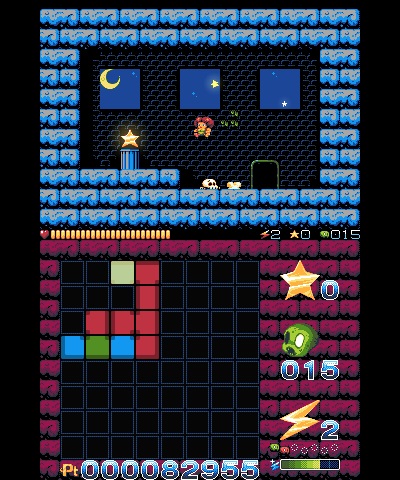 As you defeat enemies and clear rooms you’ll charge up a meter. Doing this will increase your power and allow you to defeat more powerful foes. This is essential as clearing rooms occasionally gives you a few hearts to restore your health as well as open up doors to rooms. Some of these rooms have stars in them while others act as continue points should you lose your life … and turn into a zombie yourself.

The soundtrack is pretty good and is consistent with the chiptunes feel of the nostalgic feel of the game. The music loops, but is pretty long.

One added feature to the game is an online leaderboard. You’ll rack up a score as you knock off zombies in the game and you can see how you compare to others from around the world. If you don’t want to take the game online for this little feature there is a local leaderboard, but the online touch is nice.

Zombie Incident is now available in the Nintendo 3DS eShop from CoderChild and costs $1.99. It’s rated “E” by the ESRB.