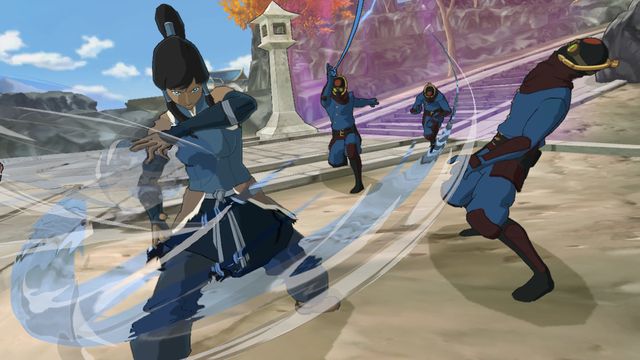 The world of elemental benders becomes interactive with the release of The Legend of Korra on Xbox One, PlayStation 4, PS3 and Xbox One. Veteran action game developers Platinum Games bring the hit nickelodeon animated series to life in the form of a single-player action game which features several different elemental attacks for Korra to use against her foes. Fast paced action isn’t the only play style on display either, there is also a polar bear-dog racing mini game featuring Korra’s trusty companion Naga.

With a visual style that captures the look of the animated series quite well I’m sure that The Legend of Korra will appeal to long time fans. The game’s story is set between books 2 and 3 and features the voice actors from the show. It will be priced at $14.99 (CDN) and can be downloaded from the PlayStation Network right now or through Xbox Live starting tomorrow.

Broken Joysticks will have a review of the Legend of Korra videogame later this week!