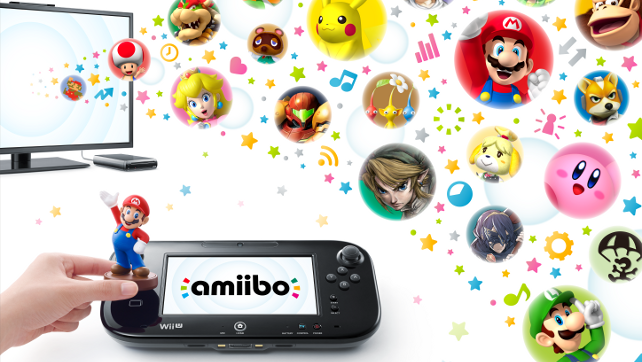 Nintendo unveiled new NFC figures today at their E3 event, which are a little like the Skylanders and Disney Infinity series of figurines. You can import the characters into your game and build their stats. This isn’t really anything new for sure, but the fact that Nintendo plans to make the figures compatible with multiple titles that are in development is.

The figures are being called amiibo. aMiibo, get it?

The interactive figures will have the ability to communicate with multiple specially designed games by just touching them to the Wii U GamePad controller. Nintendo plans to release first series of amiibo this year alongside Super Smash Bros. for Wii U.

The one thing that I really hope that Nintendo does with these is that they GO CRAZY with the concept. Make tons of these figures. The video promised more than just what was shown initially, but let’s get tons. I’m talking about every possible Nintendo character, or licensed characters like Sonic, Mega Man and the like, and have these available. This could be a great way to make Mario Party 10 (or Bowswer Party) an epic and must have title with a wide assortment of available characters to play with.

The one thing that has to be taken into consideration is that every figure made MUST be compatible with EVERY compatible title. If Captain Toad: Treasure Tracker is going to support amiibo then ALL of the figures need to be usable. Not just a select few.

It has to be all or nothing.

Plus just imagine the possibilities.