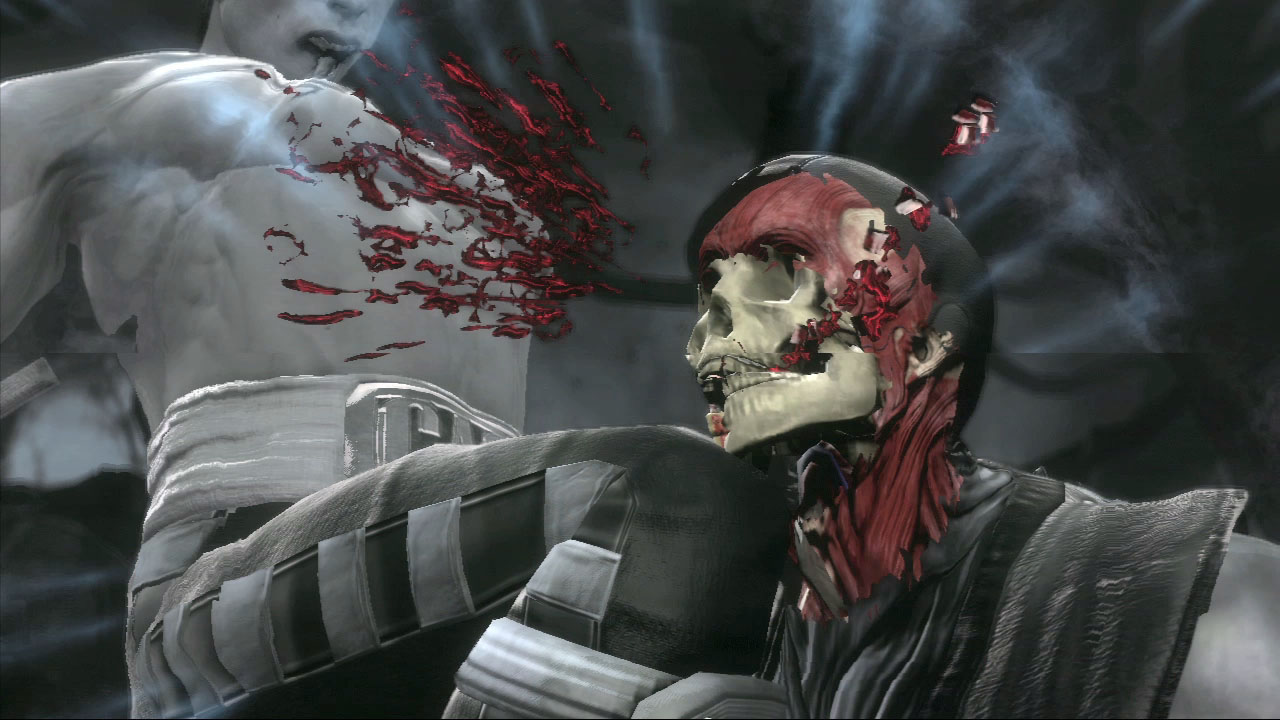 A brief two minute debut trailer was released alongside the announcement of the game. Rival ninjas Scorpion and Sub-Zero battle it out in this two minute all out brawl, which of course finishes off with a brutal decapitation. Some mechanics from the 2011 game return including the  brutal X-Ray attacks. In one of the absolute standout moments we see Sub-Zero use the environment to his advantage by swinging from a tree branch, delivering a swift kick to the face. Perhaps environments will play a larger role in Mortal Kombat X?

Check out the debut trailer after the jump, we’ll have more on the game as it become available.