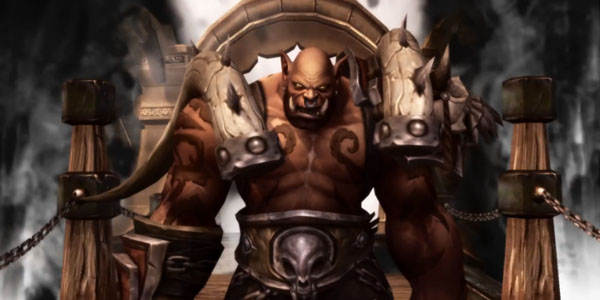 As many of you know, I was a huge fan of the Jaina Proudmoore: Tides of War novel by Christie Golden. Unsurprisingly the events in that book and seemingly the following title Vol’jin Shadows of the Horde (I haven’t read it yet but it does seem to fit the current WoW story) fit into actual World of Warcraft lore.

Odds are if you’re reading this, you’re already a big WoW fan anyway, but if you’ve been out of the game for awhile the info below may contain spoilers. Or if nothing else, a good glipse at the future of Azeroth.

So it seems Garrosh Hellscream has potentially banished the Tauren, Trolls and others from the Horde as the trailer below notes. This would follow the dicey relations Jaina Proudmoore: Tides of War focused quite a bit on. That doesn’t mean Horde players will be leaving Orgrimmar however, it does seem these events will be instances. If anything, Garrosh seems to be the next focused villian that all of Azeroth is against now.

I’ll let the trailer speak for itself, but the main thing I wanted to point out is not only how rich the lore is here, but how beautiful the animation is! The video seems to use in game assets instead of cinematic quality models like some previous Blizzard intro videos. However this works very well here and I’d honestly love even an animated series like this! I was already excited for the events of this patch when I heard about them. Seeing the animation itself was icing on the cake!

The Siege of Orgrimmar update will be released September 10th.