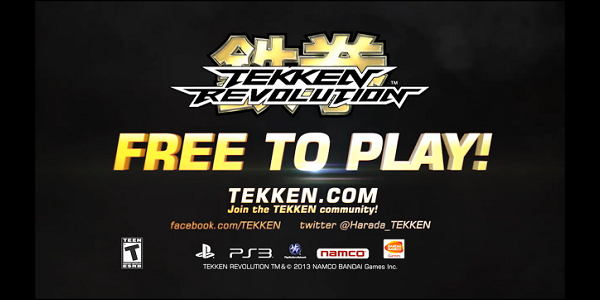 The Iron Fist tournament goes free to play this coming Tuesday with the announcement of Tekken Revolution for the PlayStation Network. In a bit of a surprise announcement, Namco Bandai announced the title yesterday, with a release date just a few days from now. So, right in the middle of E3 you can beat the living crap of people in this latest Tekken title.

Eight characters have been confirmed for Revolution, all of them returning from previous games, including Asuka, Jin, Lilly, Steve Fox and more. Players will be able to level up their characters in a variety of categories including strength, endurance and vigor. This is a first time character progression ha sbeen featured in the series, in previous entries gold was earned for finishing matches, but the currency was only good for cosmetic items.

We don’t know if all 8 characters are unlocked from the start, or if you’ll get only one or two at start and have to unlock the rest through in game currency/real world micro transactions. There is the potential for these eight characters to be available off the hop with more as optional purchases. Also, no details on the amount of stages available, and whether or not those will be hidden behind a pay wall.

Look for our impressions after E3 wraps up, make sure to check out the trailer after the jump.