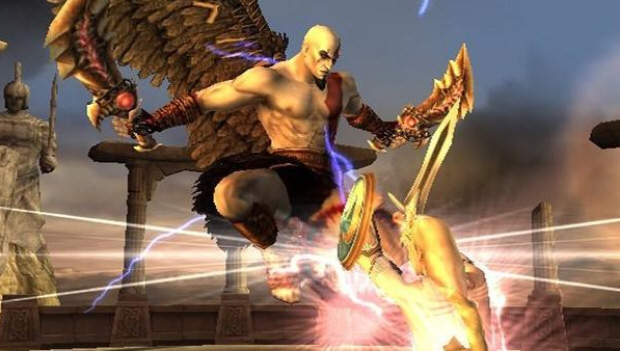 PSP and PS Vita owners looking for something new to play can download Soulcalibur: Broken Destiny for free as long as they are PlayStation Plus subscribers. Regularly this portable fighter retails for $39.99 on the PS Store, so its quite a value,.

Soulcalibur: Broken Destiny was originally released on September 1st 2009, and features quick match mode, which pits the player against a number of A.I opponets, a tutorial mode similar to weapons mater mode, from Soulcalbur II and of course a single player story mode. This was also the first fighting game to feature Sony’s Kratos from the God of War franchise, two years before Nether Realm studios had him facing off against Scoripion. Sub-zero and the other Kombatants.

I’m sure some people would have prefered to see a PS Vita exclusive fighter, but it is nice to see Sony still supporting their previous handheld after all of these years.