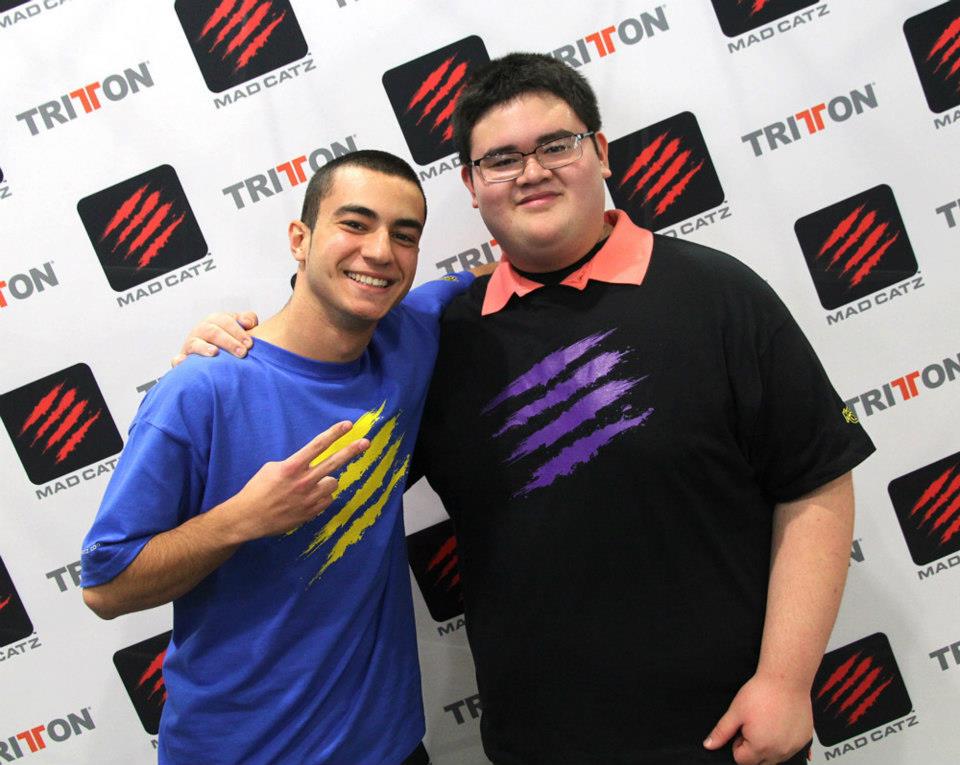 This weeks guest is considered by many to be the best Ken Masters player: Chris Tatarian a.k.a. DRS Chris.

DRS Chris: My name is Christopher Tatarian, I’m 100% Armenian, I’m 18 years old, and I’m currently holding the title as the best Ken player in America. I’ve known about Street Fighter for as long as I remember, my brother had bought SF2 on Sega and I immediately fell in love with the game and the character of Ken. Granted I was only a few years old, it took me a few years to actually see the SF2 animated movie and that movie revived my love for SF. SF4 is my first SF game I consider because before SF4, I was mainly a COD and Gears player. Decided to pick up SF4 on my 14th birthday and fell in love with the game as soon as I brought it home. After playing SF for a year I found out about EVO and decided to take the game more serious and play competitively.

DRS Chris: I honestly wanted people to recognize me as Chris the Ken player, basically how Daigo Umehara is recognized as the best Ryu player, except I didn’t want to include my last name. I might include my full name when I get older.

Kash: You told us earlier how you got into playing fighters, but when would you say you got your start in the FGC?

DRS Chris: I got my first appearance at EVO2k12. That was the first worldwide appearance of DRS Chris. When I played against infiltration and was the only one to take a match off of him, and when I beat Chris G to make it and continue through the top 32. I think that’s when people started recognizing me, although there were a lot of people that knew of me already through online stream appearances.

Kash: Tell me a bit more about your sponsors.

DRS Chris: DRS = Delta Red Squad. My buddy Filipinoman told me about them because he was under the tag DRS Filipinoman. At first DRS had many members, but through time DRS started losing its members and when I joined DRS, it was only Filipinoman, myself, Nashfan, and Shakugan (our team leader). About 4 months before EVO2k12, we got the MCZ sponsorship and MadCatz has been generously supporting us with MadCatz products such as sticks and shirts, etc. Now the DRS members are myself, Filipinoman, Bren2xT, Luken, and Mark Teddy. Including Shakugan as our team leader/manager.

DRS Chris: I play UMVC3 on the sideline as well as SFxTEKKEN. I play Zero, Wolverine, Frank West/Wesker. And for Cross Tekken I play Ken and Lars.

Kash: What made you pick Ken above the rest of the roster in Street Fighter 4?

DRS Chris: I picked Ken because when I was a child, I played SF2 with my brother. I wanted to play Ryu but since he was the older one he told me he was going to pick Ryu and I had to play Ken. After watching the SF2 movie, I fell in love with his personality and I felt like Ken was always Ryu’s shadow, so I related that to me being the shadow of my brother. Soo ok the reason why I chose Ken is because I loved his playstyle in SF4. It fits my personality. He’s always been my favorite. Even though he is not as good as the other characters, I stuck with my character to become known as the best Ken player in America. 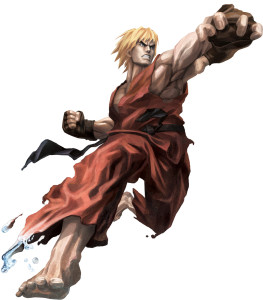 DRS Chris: I feel that there is a certain list of players who play the characters they do because of loyalty … Such as Ricky Ortiz, Justin Wong, Keno, Luken, Myself, and a few others like Dieminion. The players in the FGC that like the tier whores are the ones who want to win the big money, they don’t play the game because they love it, in my personal opinion. I mean why else would you constantly switch from top tier characters? If you truly love the game and character, and you want to be known as the best with that character, I think those are the guys that are the true players the FGC needs. Not the “Oh I wanna win this prize money so I’m switching to Seth, Cammy , Akuma, etc.”

DRS Chris: Not yet, I give it AT LEAST another 3-6 EVOS for it to be as big as eSports. It has grown significantly the past few years tho (:

DRS Chris: Not difficult at all! The FGC is probably the kindest and most welcoming community! But just like any other community there will be the trash talkers and what not , the person needs to understand that and not feel targeted. If you show skill and dedication, you start earning more respect. If you just love to watch the FGC games then no one will bother you. We are all welcoming and want new people to witness and be a part of this amazing community!

DRS Chris: Not so nervous now that I’ve been playing on stream more. I got evo out of the way and I feel like that was all I needed to get my tourney nerves out of the way. Sometimes I do get nervous but when I sit down and plug in my stick they go away (:

Kash: Now you got 17th place at Evo2k12. What was going through your mind as you kept inching closer and closer to the finish line?

DRS Chris: That I was going to at least make top 8 and have a chance at winning !

Kash: While it’s something that’s been going on for a while, what’s your take on pot splitting? Should there be ramifications for doing it?

DRS Chris: In my opinion it’s up to the players, after all they made it to the top themselves, if they want to then whatever but just don’t do it on stream, that’s not right aha.

Kash: What is your current system of choice and which system do you see yourself using for the next generation?

DRS Chris: Hmm, honestly it looks pretty good but seeing that there is already 108% combos kind of pushes me away from the game. But I feel like the FGC will take care of it and give it a few months before they decide whether to drop it or not. Looks legit to me tho.

DRS Chris: Dan and put him in God of War, just to troll and see him Koryuken the army of dead that Hades sends out aha.

Kash: Mario and Sonic decide to team up to destroy all other mascots. You’re given the power to assist one of these two forgotten mascots, who would you pick: Bubsy or Ristar? 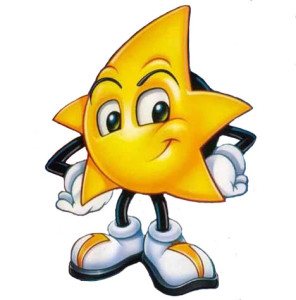 Kash: Who would win in a fight, She Hulk or Wonder Woman? 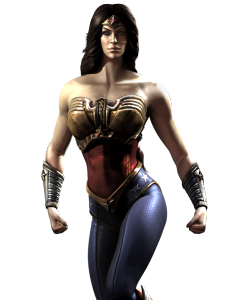 Kash: Who in your eyes is the true main character of Final Fantasy VII? Zack or Cloud? 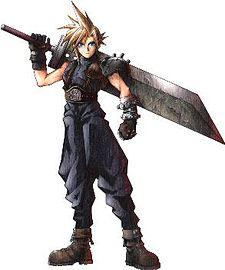 Kash: Capcom comes to you and wants you to assist them in creating Street Fighter 5, would you want classic characters or new characters? 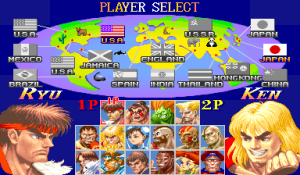 Kash: You’re given infinite resources to create a versus game. What two properties would you mix together? 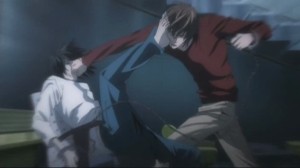 DRS Chris: Panda X Gaming stream twitch.tv/pandaxgaming. The stream is GDLK as fuck. Really starting to be a popular place for Street Fighter 4. You can catch me usually Mondays during his biweekly show UFN or randomly in the lobby.

DRS Chris: Thank you for the interview, I greatly appreciate it! If you send me an email at chris.tatarian@hotmail.com I will respond ASAP! or my twitter at twitter.com/drs_chris. 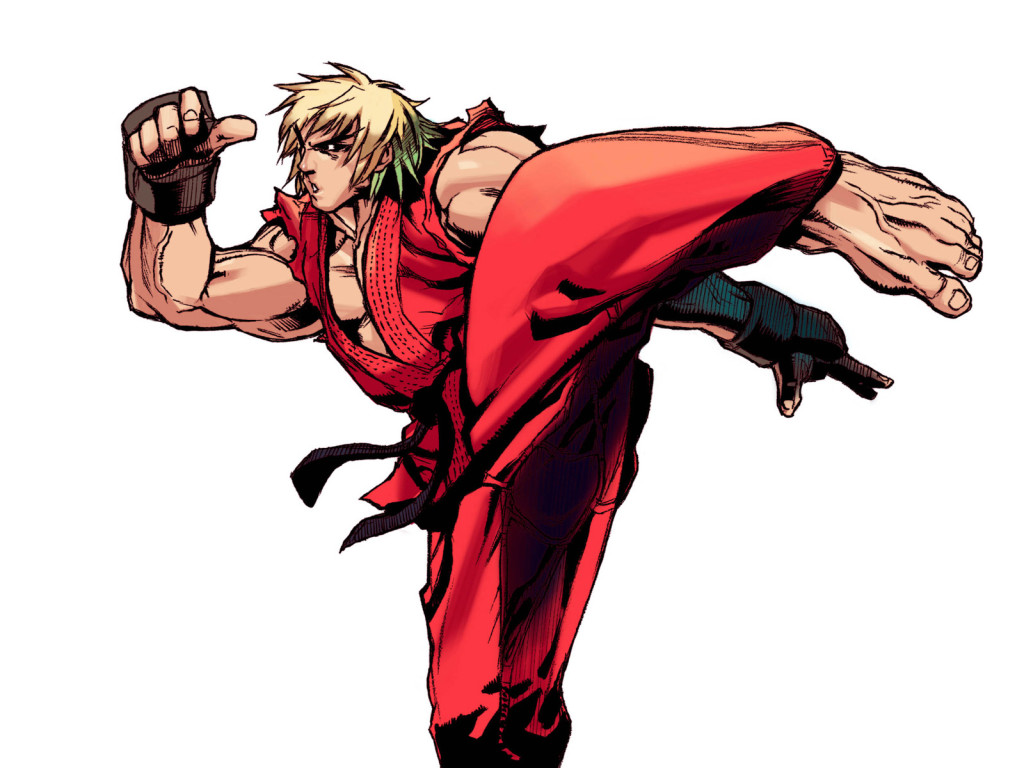