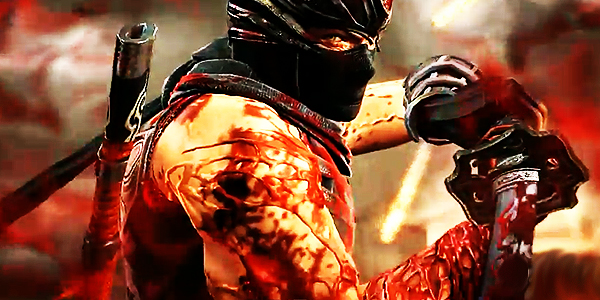 Ninja Gaiden 3: Razor’s Edge (hereafter Razor’s Edge), the once exclusive Wii U title, arrives on PlayStation 3 and Xbox 360 shortly after its release on Nintendo’s console, and perhaps, much to the chagrin of Ninja Gaiden 3 owners. It’s one thing to have to read about the debacle that was Ninja Gaiden 3, but for gamers who purchased the title at launch, the mere existence of Razor’s Edge may have soured any attempt for Team Ninja to redeem themselves.

The plot still centers around a terrorist organization, led by a masked man with a taste for the theatrical, who demands the absolute surrender of all the nations within seven days; if the world doesn’t comply, the world will die. And if that wasn’t daunting enough for Ryu Hayabusa, the protagonist throughout all the Ninja Gaiden titles, a curse is brought upon him, infecting his arm, and soon his entire being, with the deaths his Dragon Sword has delivered.

However, what could have been a straightforward, effective narrative becomes convoluted, with contrived plot twists, and a perfunctory attempt to humanize Ryu. There isn’t anything wrong with evolving a character, but I’m not sure if anyone was asking for the stoic ninja to contemplate what life would be like being a father. 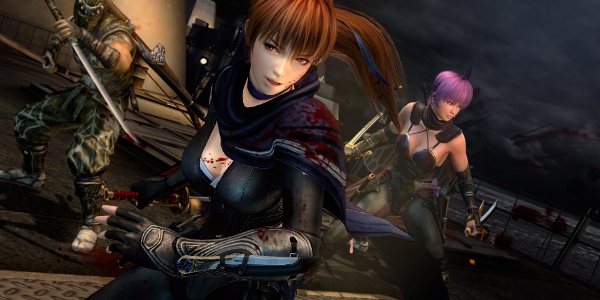 If you’re wondering if the derided “choice” sequences have carried over from Ninja Gaiden 3, or any of the life-begging soldiers which Ryu would cut down apathetically, the answer is, thankfully, no.

The campaign does have its moments, mainly with the cutscene direction, and because of Ryu, who’s simply a magnetic character. His cool demeanor and ninja excellence are on full display, and occasionally, he exhibits some dry humor as well. There is also a fantastic reference to the original Ninja Gaiden, and long-time fans of the series will definitely appreciate it. In fact, the nods to previous Ninja Gaiden titles and, more than ever, Team Ninja’s Dead or Alive series, are the most enjoyable aspects, such as when Hayate, from Dead or Alive, loans Ryu his sword (though unfortunately, Hayate doesn’t personally make an appearance). Cameos from fan favorites, like Joe Hayabusa and Muramasa, are nice touches.

The chapters act as days during the campaign, with two additional chapters devoted to Ayane, who isn’t just playable, but also has her sections woven into the story. The other two playable characters, Momiji and Kasumi, can be selected for chapter challenges, and the ninja trials.

Razor’s Edge doesn’t leave Ryu with only his trusty Dragon Sword,  which was the case in Ninja Gaiden 3, and you’ll find virtually all the weapons that have graced the previous installments, with only Emma’s Fang, the broadsword, not being available. Add the unique weapons and move sets for Ayane, Momiji, and Kasumi, and you have a variety of ways to slaughter your foes.

You do not, however, have a variety of engaging environments to do so in, at least in the campaign. Levels are flat and lifeless, with little in the way of activity. Razor’s Edge is linear to a fault, and I’m not looking for anything that would defy the genre, but the formula of shuffling Ryu from area to area, throwing countless enemies in his direction, and repeating this for the entire game, does get old rather quickly. Scarabs are scattered about for you to collect, along with skulls (which allow access to campaign trials), but uninspired environments do not encourage exploration, and it isn’t much fun to comb the areas to collect them all. Couple that with the lack of any interactive objects–no chests to open; no pottery to break; etc.–and you’re left with only killing. A lot of killing.

Razor’s Edge does not hesitate to inundate Ryu with commandos, ninja, fiends, and mutants to dismember, and by the end of the campaign, you should have amassed a body count more in line with Dynasty Warriors than Ninja Gaiden. 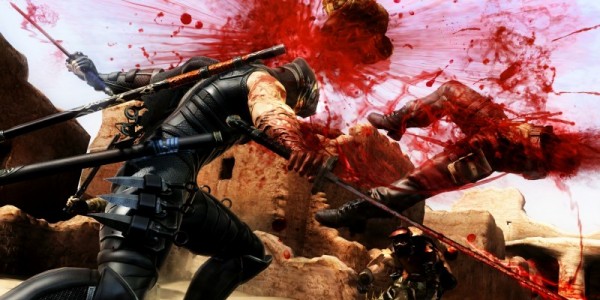 Speaking of dismemberment, it returns in Razor’s Edge. Finishers are also found here, and with them, an astonishing amount of arterial spray. The Steel on Bone mechanic has been revamped, and now works as an offensive counter: if you hit an enemy with a heavy attack while they’re bursting red, indicating they’re about to perform a hold, you’ll execute them with a brutal attack; Steel on Bone can be chained to obliterate multiple enemies in sequence, leaving Ryu awash in blood, and you feeling like an all-powerful ninja–it’s a win-win.

The biggest change would be health management. Health restoration items have been removed, and in order to refill the bar, Ryu must resort to using ninpo attacks (three are available, as opposed to Ninja Gaiden 3’s lone attack), which restore a bit of health upon damaging enemies. Meditating, which is also new, transfers meter from ninpo to health. Save points will fully restore the meter, and karma points can be spent to upgrade, and restore, the health meter. Overall, monitoring your health leads to a more mindful approach to ninpo use.

In regard to the upgrade system, Razor’s Edge allows you to upgrade weapons and ninpo at any time through the menu, as long as you have the appropriate amount of karma points, which are acquired by killing enemies. Ryu also has abilities he can learn, along with costumes that can be purchased.

If you have an interest in tackling the harder difficulties after completing the single-player, it’s only the costumes that carry over when starting a new game, and it is tedious to go through the entire unlocking process again.

You may have little interest in ratcheting up the difficulty, though. Razor’s Edge poses a stiff challenge on normal, and some of the boss battles lead to absolute frustration, and may have you screaming obscenities at your cat. 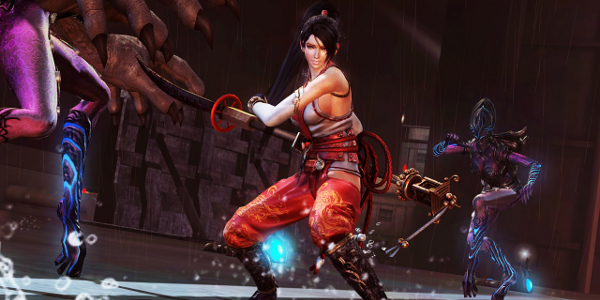 The campaign may be lackluster, but Razor’s Edge makes up for it with its ninja trials. Featuring over 100 to master, the trials leverage enemies, bosses, and stages from every Ninja Gaiden, at least the games from the previous generation of consoles and the current. The trials can be tackled with all the characters after the single-player has been completed, but I found using my custom ninja to be the most enjoyable. You can create your own character, and unlock numerous armor pieces to customize your look, and upgrade weapons and learn abilities like you would during the campaign. It’s fun and addicting. Your character can also be taken online, to either team-up with a friend for co-op trials, or joining a four versus four clan match. However, it is important to note that if your internet connection is lost during a trial, or if Team Ninja’s network is spotty, you’ll be booted from the game mid-trial. Considering the difficulty these trials pose, to be kicked near the end of an exceptionally pressing battle will no doubt bring out your own murderous intent. It’s best to disable the network features if you plan on investing any serious time to the trials.

Razor’s Edge may not be as refined as Ninja Gaiden Black, or as intently aggressive as Ninja Gaiden 2, but it cuts its own place in the series with fun, violent combat, and a lot of content to conquer. Team Ninja really went out to set things right with Razor’s Edge, insofar as to include a letter of apology in every game. Okay, that last part isn’t true, but if you have a Ninja Gaiden 3 save on your console, you do get an exclusive costume in Razor’s Edge. It all may be too little, too late, but at the least Team Ninja has acknowledged the mistakes they made, and have produced a solid installment. It’s just too bad they didn’t get it right the first time.