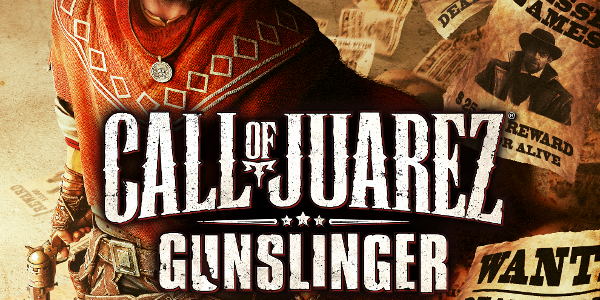 Players will live the epic journey of Silas Greaves, a ruthless bounty hunter who spent his life on the trail of the West’s most notorious outlaws. Now it is Silas’ time to tell his story, which is linked to the history of the Wild West era: a mix of myths and historical facts.

Made of memorable encounters with some of the West’s most notorious names such as Pat Garret, Jesse James and Butch Cassidy, the game blurs the lines between man and myth. Call of Juarez Gunslinger lets players live the greatest legends of the Old West.

Key features of the game:

Meet the legendary outlaws
Billy the Kid, Pat Garrett, Jesse James… Face down the West’s most notorious gunslingers and live the untold stories behind the legends.

Experience a lawless land
Blaze a trail through the wilderness of the Old West and live an epic adventure through stunning Western landscapes.

Dispense your own justice
With a gun holster tied to your leg, become a ruthless bounty hunter on a journey made of all out gun battles.

The full reveal trailer will be released on March 14th. Check out our gallery from the game on the Darkain Arts Gamers’ Tumblrpage.