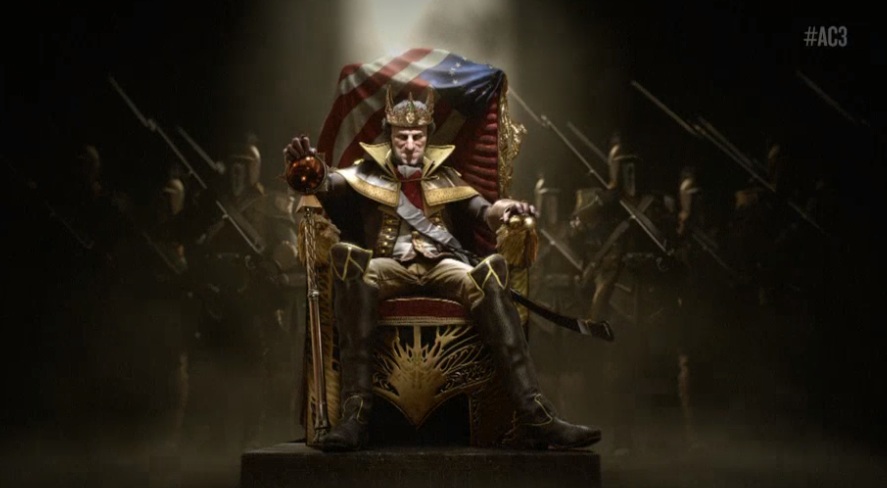 We all knew that Ubisoft wasn’t done with the Assassin’s Creed III era of their popular Templars vs assassins franchise. The next DLC adventure  in the series was unveiled at the Spike Video Game Awards 10. Titled AC III: The Tyranny of King Washington, this add-on focuses on an alternate time line where George Washington wasn’t a revered hero but an iron fisted monarch.

No platforms were announced in the reveal trailer but presumably it will be released on Xbox 360, PS3, PC just like this fall’s ACIII.

What do you think of Ubisoft taking the series into an alternate time-line using prominent American folk heroes? Sure figures like da vinci and Benjamin Franklin have appeared in previous games but the events of Tyranny of King Washington look to take history a lot less literally.

We will add a video to this article as soon as it becomes available!