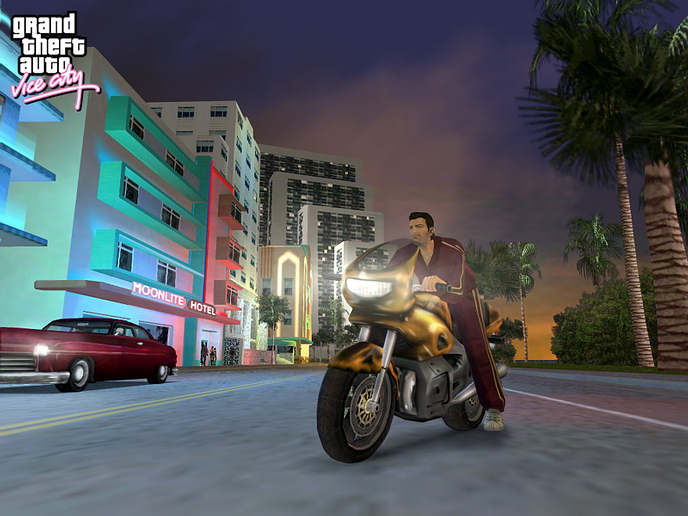 Maybe I’m just getting old but it is hard to believe that Grand Theft Auto: Vice City launched a decade ago today. Premiering just one year after the groundbreaking Grand Theft Auto III, Vice City transported us back two decades, to 1980s Miami. In celebration the game will be available on mobile platforms including Apple’s IOS!

I remember being so excited for the game back in high school. It was the one game that all of my friends were talking about at the time. Our excitement reached fever pitch when we set up a projector with a 20 FT screen and played in to the wee hours of the morning, committing unspeakable crimes! What is your fondest memory of the GTA Series? Love it or hate it, it has been a part of the gaming zeitgeist for almost two decades now!

Alongside a YouTube trailer, which you can watch here, RockStar provided us with a press release for the 10th anniversary of Vice City. Check it out below:

To celebrate 10 years since the launch of Grand Theft Auto: Vice City and its upcoming mobile release next week, we’re pleased to debut the new nostalgia-filled anniversary trailer.

Building upon the success of the groundbreaking Grand Theft Auto III in 2001, the release of Grand Theft Auto: Vice City in 2002 pushed the open-world game series deeper into pop culture with a vibrant, neon-soaked city, a stunning celebrity voice cast and a loving, satirical look at the cultural excesses of the ‘80s.