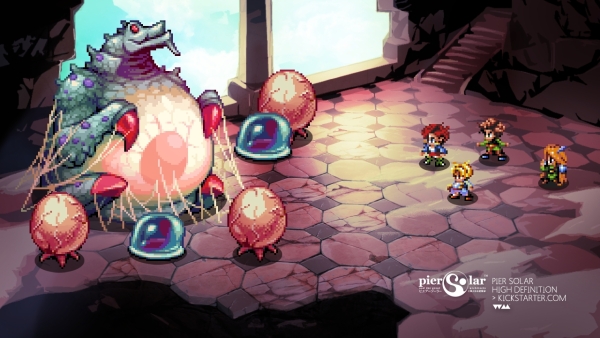 I think a lot of people in the gaming community laughed when a Sega Genesis game, Pier, was released by an independent developer in 2010. This RPG was a love letter to an RPG long past and thanks to Kickstarter the developer hopes to port the game to current gen consoles including the Xbox 360, Wii U and… the Sega Dreamcast?

Originally the developer aimed to bring the game to all platforms using the original 2010 graphics but as the project’s funding grew and grew their vision became more ambitious. For those of you wondering how such a project could possibly live on a platform like the Dreamcast, which has long been dormant, the answer is quite simple. Due to the systems Windows CE operating systems porting the game should be quite easy. In fact many different homebrew games have gained prominence on the internet, especially amongst collectors, who snatch up the games that are burnt (or pressed) on to CDRS, bundled with instruction books and command a price close to that of modern retail games.

Click the read more tab for the full list of announced perks if they raise enough money over the next six days.

For more on Pier HD, head over to their Kickstarter page!