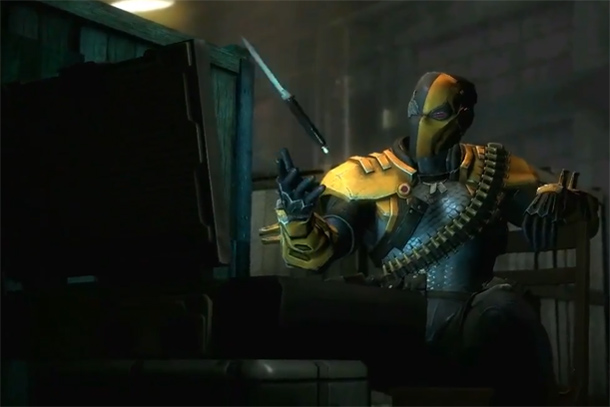 DeathStroke, a master assassin in the D.C Universe has been announced as the next playable character in the expanding roster of Injustice: Gods Among Us. Deathstroke’s fighting style according the publisher utilizes a series of small hand held weapons for both ranged and melee attacks.

If you are wondering DeathStroke’s comic back story – He’s a former army soldier who was part of a secret government program in the 1960s to create superhuman soldiers. After unfortunate events such as the kidnapping his son, some drama with his wife and the loss of his eye he became a mercenary. Anyone who watched 2004’s Teen Titans or read the comics would know him under his other alias Slade.

InJustice: Gods Among Us is the next fighting game from the folks at NetherRealm Studios, the creators behind the legendary Mortal Kombat franchise. It will be released next April for the PlayStation 3 and Xbox 360. Check out his debut trailer below: