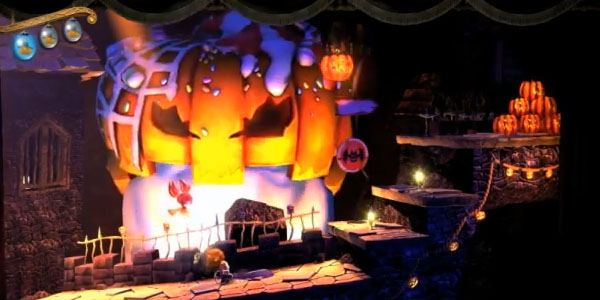 Sony’s Japan Studio released a new trailer today for Puppeteer featuring some awesome Halloween fun for the holidays. Puppeteer was announced back in August and features a boy who was carried off by the Moon Bear King into Castle Gristlestein where he’s transformed into a puppet. He escapes and ventures off to retrieve his disembodied head. As seen in the trailer here, the scissors seem to be his main defense and a way to interact with the environment.

The trailer focuses on Hallowee Ville which is just part of the Moon Realm the story takes place in. The Art Director at SCE Worldwide Studios promises many surprising and diverse locations in the game. This PS3 title’s release date is still to be announced.