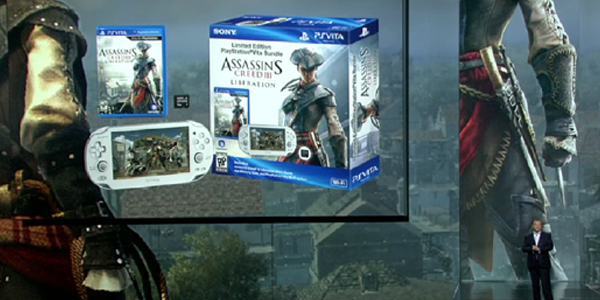 Assassins Creed III: Liberation is coming to the Playstation Vita. You  take the role of a female assassin in the same era of Assassins Creed III. Liberation will contain the world format and will be feature near sight functionality. Additionally, the there will be new ways to unlock things in the Vita and PS3, some of the things to unlock using the Cross Play functionality will be:

More so, you will be able to buy a Crystal White PS Vita along with Assassins Creed III: Liberation.