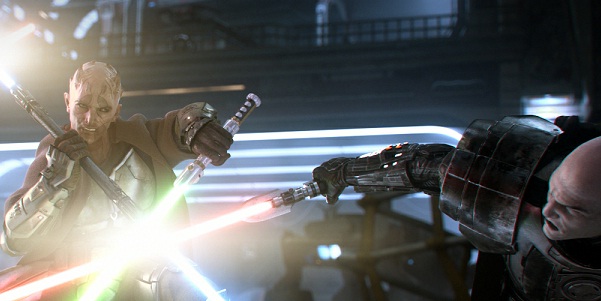 Star Wars: The Old Republic is being prepared for its third major update since launch, titled “Allies.” The primary feature of this update is a group finder, which will allow players to queue up for a group activity (Missions, Flashpoints, etc.) based on their role and have the game itself find companions for you. Bioware is also adding in more features to the Legacy system, first introduced in patch 1.2, which is a leveling mechanic that affects all of your characters on a server with rewarded perks and abilities based on your cumulative progress across all those characters.

Follow the jump for a brief video hosted by the game’s director, James Ohlen.