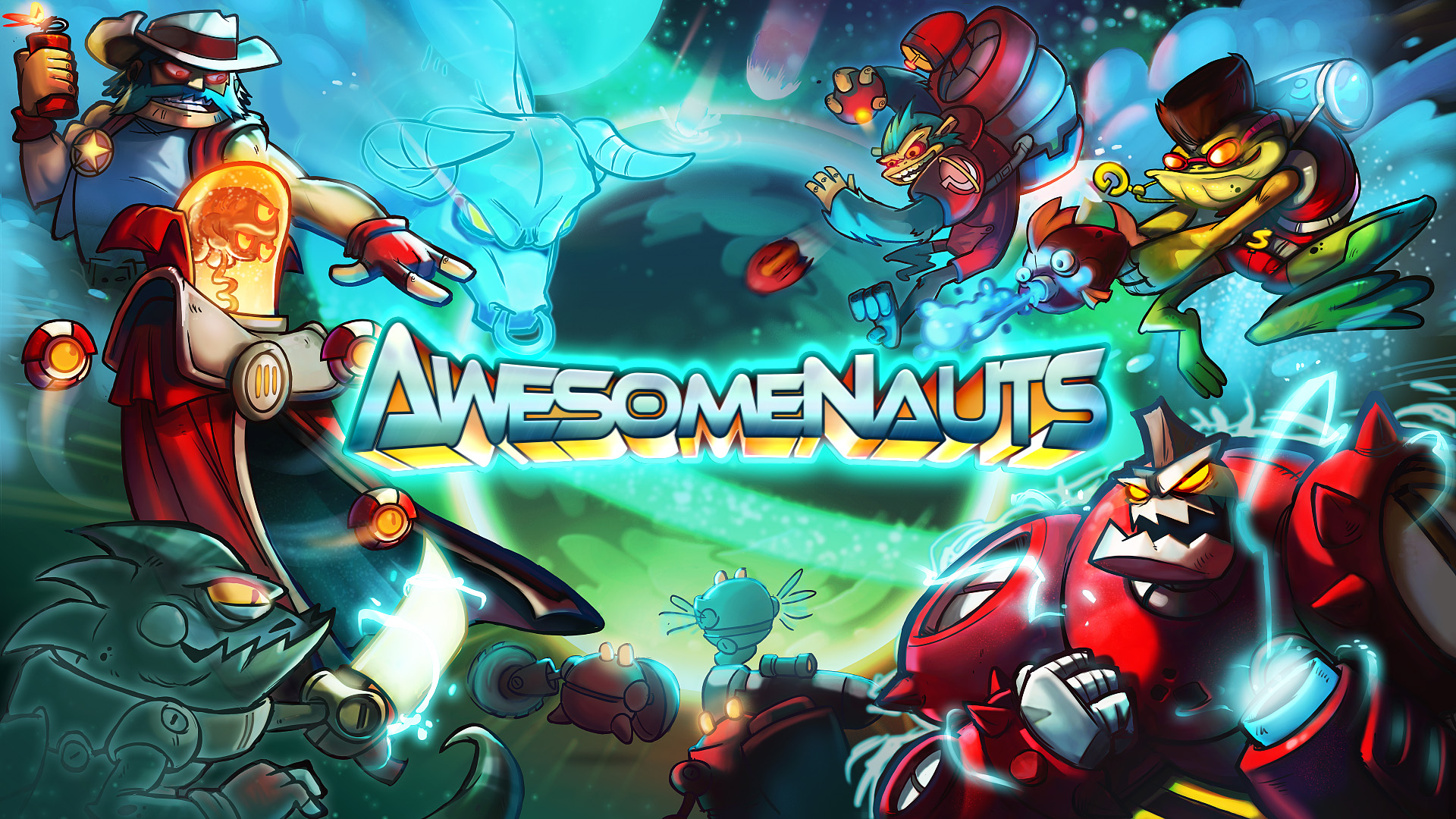 Awesomenauts, a 2D 3-vs-3 side-scrolling MOBA variant, is set to launch on PSN on May 1 and XBLA on May 2. Developed by Ronimo Games, this downloadable title charges players with the task of assaulting their enemy’s Core while defending their own. Standing in their way, though, are three cartoon murderers (each possessing unique offensive and defensive abilities) and machine gun turrets ready to chew them to pieces.

This promo video should give you a fairly good indication of how frantic the combat is, as well as showcasing some of the abilities of the available combatants. You want a giant hungry robot? You got it. You want an invisible chameleon assassin? We have it. Angry simian cosmonaut? In spades, my friend. Take a look:

Initially debuting with a roster of six playable characters, Ronimo has promised further character releases “in the months following launch.”

Veterans of the MOBA genre will find familiar elements in Awesomenauts, such as unlocking improved abilities and a neutral jungle full of monsters to be killed and treasures to be had. Gone, however, is the need to spend the first half of the game meticulously harvesting the sweet, succulent gold of hapless minions; Awesomenauts wants you throwing bombs and lasers and mayhem from the starting buzzer.

Check out the official site, and stay tuned for a review in a few weeks!