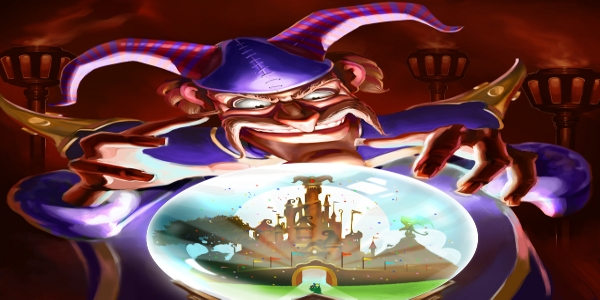 Paradox Interactive has just released the first developer’s diary for Dungeonland, Critical Studios’s upcoming game about sheep tossing and the exploits of adventurers trapped in a deadly medieval theme park.

According to the diary, the developers’ goal was to create a dungeon crawler where players would actually play together. When they say play together, they don’t mean a game where the players can go through their typical roles (e.g. player A tanks, player B heals, and player C throws sheep) simultaneously without actually talking to each other.

Instead, the Brazilian developers wanted the players “to collaborate in a meaningful way, to constantly talk, shout, laugh and curse at each other as they play.”

After a few prototypes, including one where different colored balls fight to survive 12 waves of monsters, Critical Studios came to the conclusion that, if they wanted people playing “together” rather than “simultaneously,” they would have to make the game play out differently each time.  They’d also have to make it pretty hard, forcing players to make the best possible use of each others’ skills.

You may read how the developers hope to do this, in their own words, after the trailer.

Here are our pillars when we design for cooperation in Dungeonland:

– It’s hard. You just can’t win by your lonesome self.
– No Strict Roles. Want to play a healing Rogue or an offensive Warrior? Want to play with 3 Mages? Want to play with only damage-dealing builds? No problem.
– Skill Design. There are no re-skinned Skills with different names and effects. Every skill changes your playstyle.
– Skill Combos. Discovering and utilizing skill combinations between characters is key to succeeding in the highest difficulties: the skill choices of your friends will affect the way that you play.
– Shared Resources. Life Tickets are shared for the whole party, so a weak link can bring the entire team down. However, everyone can revive fallen teammates and the whole party gets healed when someone picks up food.
– Monster Design. There are no re-skinned enemies as well. Every monster is designed to force you to fight differently if you want to succeed.
– Park Rides. The deadly theme park rides will present the party with unique set-pieces that offer a change of pace from the regular action.
– Randomness. We are creating several layers of randomization. Monsters, bosses, treasure, Danger Events, special Challenges: you don’t know what is coming and you can’t pre-plan your approach.
– The Dungeon Master. When the AI is not placing all the random threats, you are facing a live human player with a whole new bag of tricks at his disposal – and you have no idea what those tricks are before he uses them!
– No Power Scaling. As players gain experience, they unlock more options, but they can still team up with lower or higher-leveled friends. Dungeonland is skill-based, not stat-based.
– Free-form Structure. All Dungeons can be played in any order, as many times you want, and they all start unlocked. In other games, we hated not being able to play with our friends because we were at different parts of the storyline.
– Sheep. You can pick them up and throw them.