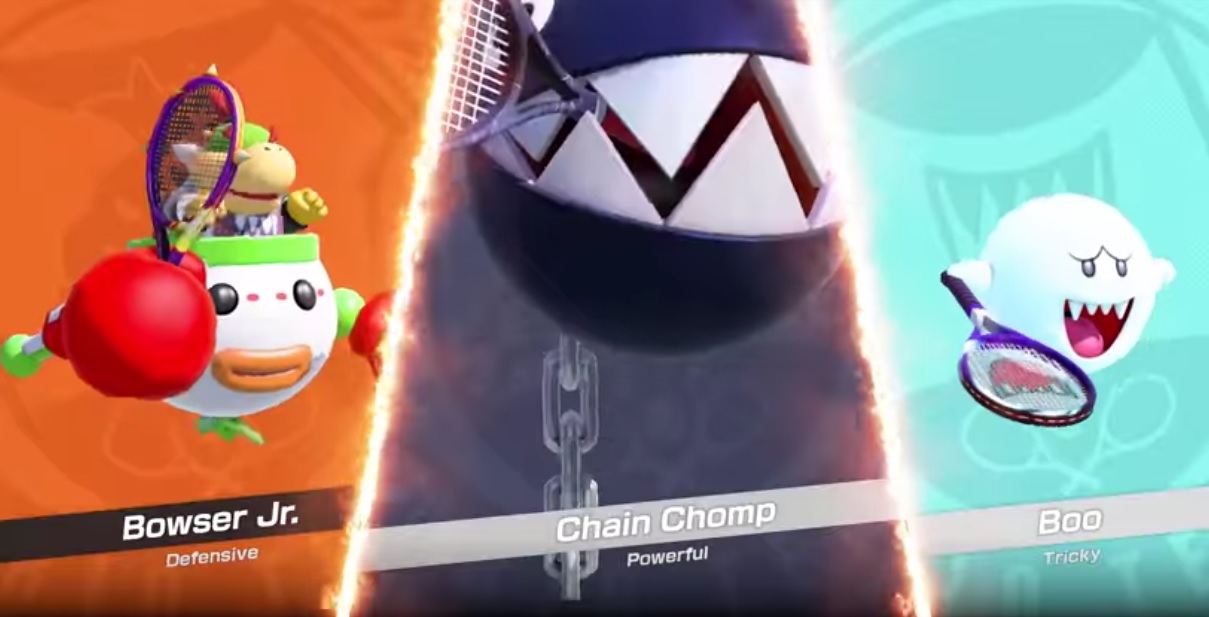 Yesterday during the absolutely massive Nintendo Direct presentation (which pretty much broke the internet thanks to the announcement of Super Smash Bros for Nintendo Switch) Nintendo also outlined a lot of the larger titles coming to Switch in the first half of the year.

One of the games ready to be served up is Mario Tennis Aces. Mario is about to share the court with Luigui, Wario, Peach, Rosalina, Wuluigi, Daisy, Yoshi, Donkey Kong, Toad, Toadette and even a freaking Chain-Chomp that adorably holds its tennis racket in its mouth. In all there are 15 unique characters available to choose from.

Players have a lot of control over how they affect the ball during gameplay. Basic lobs or adding top-spin or slice to your shots is as easy as ever. A brand new feature to the Mario Tennis franchise is the addition of “Zone Shots” that allow players to aim for specific parts of the court with motion controls. If you fail to block a “Zone Shot” at the precise moment your racket will take damage. Take three Zone Shots to the racket and it’s game over, so make sure to time those blocks carefully. Each character has their own Special Shot which drains the entire energy gauge used for Zone Shots and Zone control. If an opponent’s racket takes an unblocked Special Shot, that’s it, game over.

Mario Tennis Aces will support multiple modes including a simplified “simple rulset” which only allows basic shots. Online play offers players rewards like additional costumes, new characters, tournaments and ranked play during live events. Taking a page from the Wii Sports playbook – a special motion control mode allows you to use the Joy-Cons like a real tennis racket – with Swing Mode it’s time to go back to 2006 all over again!

Mario Tennis Aces will be out on Nintendo Switch on June 22nd 2018. Check out the overview trailer below for demonstrations of all of the features discussed in this article.