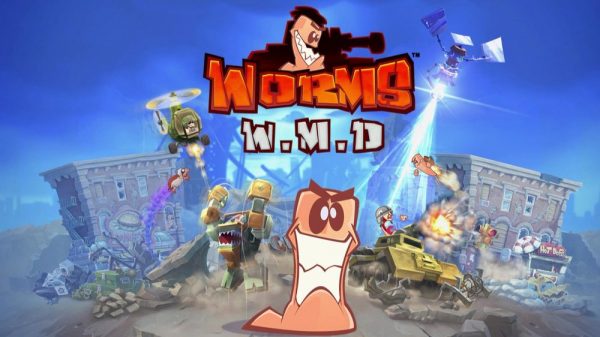 Worms W.M.D, developed and published by Team 17 is a turn-based artillery tactics game released for the Nintendo Switch. While very similar to another game in the Worms series, such as Worms Armageddon, the question becomes “will this game stand out enough on its own?” and “how well would a Worms title do on the Switch?”. With a large selection of missions and a new multiplayer mode, let’s take a deeper look at this game and see if it is truly explosive as its marketing made it out to be.

While I was never the biggest fan of the series, I did know about past Worms games and after playing Worms WMD I definitely plan on playing some of the past games in my free time. I am a huge fan of tactics games of all sorts and I want to know exactly what I have missed over the years with this series. One of my favorite things is discovering what seems to be a whole world that I hadn’t explored before and Worms WMD certainly opened me up to the series 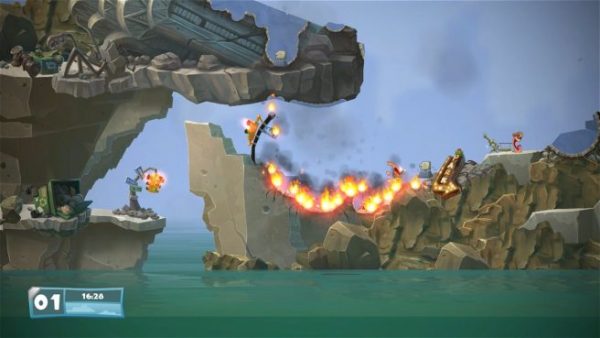 The gameplay is pretty easy to learn and intuitive even after all of these years and iterations. You have your army of worms, and the enemy has theirs. You use whatever means are at your disposal to crush your enemy and be the last worm standing. You can use tanks, bazookas, grenades and even helicopters to strike down your enemies. A wide selection of cartoonish and sometimes invention weaponry has been a long running staple of the Worms franchise.  This may sound old hat and unimpressive at first, but once you see that the terrain is also fully destructible and learn that the environment and weather conditions affect movement and can be used to your advantage, you’;ll see there is more nuance to this game than at first glance. 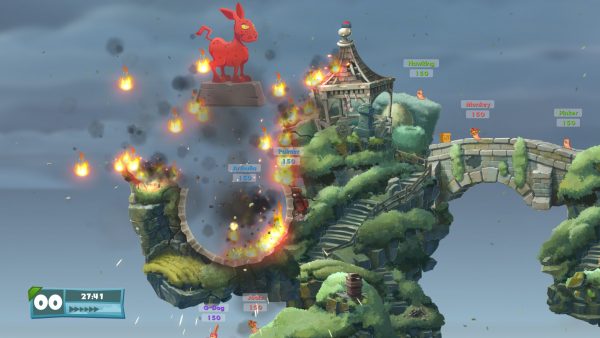 The customization available available in Worms WMD is also quite impressive. You can customize the worms voices, outfits, dances, music and even their headstones. I am not ashamed to admit I spent more than my fair share of time playing around with this aspect of the game. 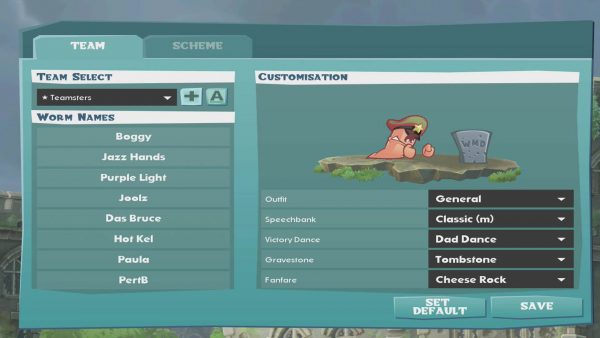 Multiplayer, however, is probably how most will spend their time with this game; at least that’s what you’d would think. The problem is, it was fairly hard to find a match for casual multiplayer over the course of this review. I am not much of a competitive multiplayer person so I tend to avoid ranked competitive modes in games if it can be helped. Being on possibly the most portable friendly home console available, local multiplayer is also featured predominately in Worms WMD on Nintendo Switch. Two players can go head to head using a set of Joy-Cons each, a single Joy-Con for each player, a mix & match of Pro Controllers or even GameCube controllers as well. By taking advantage of the diverse set of input options the Switch provides, Worms WMD multiplayer can be enjoyed with friends in handheld mode, tabletop mode or while docked. 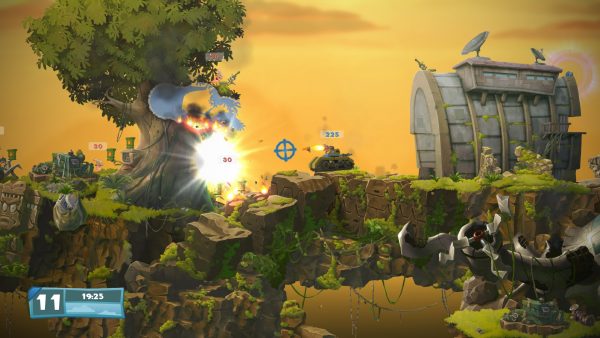 I imagine the appeal of this game on the Switch would be the ability to visit a friend and quickly set up a couch co-op or local competitive game. I was still a tad disappointed that there were very few instances where I could actually find a casual match online for this game, but I suppose that comes with the territory of being a somewhat smaller release. I feel the Worms WMD makes up for this by making it a great example of how to do local multiplayer within the limits of the Switch’s joycon controls. Because of the simpler graphics, simpler controls and easy to pick up nature of this game, this is a great game to pick up for a fun evening with a good friend and should be appealing to a wide variety of wolks.

Overall, this is a solid title to download from the Nintendo eShop. If you are a fan of tactical games and want something humorous to get into or something simple to get into with a friend, this is one to pick up. The price of $30 USD might seem excessive when compared to other strategy offerings, but there is a whole lot to this game that makes it well worth it if this franchise or genre suits you. If you have played Worms games in the past, I can’t imagine why this wouldn’t appeal to you because it certainly has made me interested in the past games of this fun and funny series

A copy of Worms W.M.D was provided by the publisher for our consideration. It was valued at $29.99 USD as of the writing of this review.