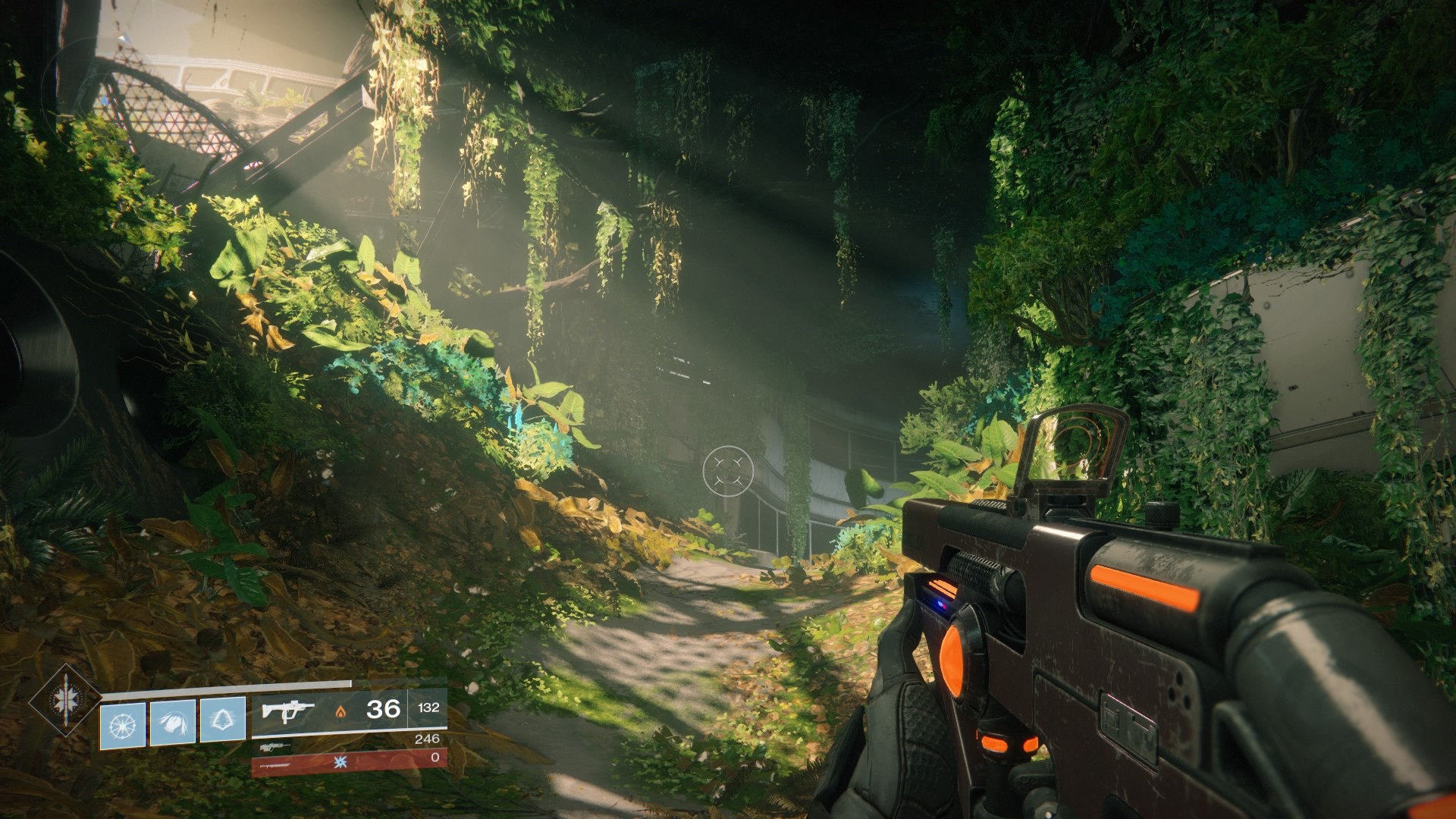 Today Bungie outlined exactly how they’ll be improving Destiny 2 over the next couple of months. In a brand new roadmap and feature breakdown the Destiny 2 outlined plans for update 1.1.3 (Feb), 1.1.4 (March) and 1.2.0 (May). Some additions are small but should have been present from the launch in my opinion – namely PC Public Chat, tweaks to the shader system and Heroic Strike Modifiers. Others like unique Nightfall Rewards, Quit penalties in the crucible and Iron Banner 6 v 6 will have a larger impact on Destiny 2’s playability.

Perhaps the largest of all of these planned changes (and the most complex from a player standpoint) is the “sandbox” changes. This might just sound like adjustments to the large open PVE sandbox that Bungie spent so many years creating but in reality it is a bunch of smaller adjustments to weapon damage, player movement, player health, respawn time and other factors that will provide players with more “hero moments”, especially in Crucible matches.

Their blog  post does note that not all of these changes may make their way in to the final 1.1.4 Patch at the end of March but overall when combined these changes should make crucible and P.V.E a lot more interesting.

Some of the individual changes that compose the “Sandbox” adjustments include:

More of the changes involved in the Sandbox adjustments are available in the blog post. Alongside this three month roadmap Bungie also revealed that virtually no new P.V.E content will be making its way into the game until the new Raid tier drops with 1.2.0 at the end of May. Below you will find the full roadmap as posted on the Bungie blog. 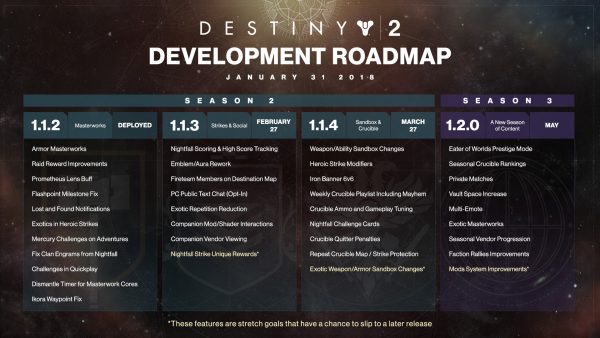