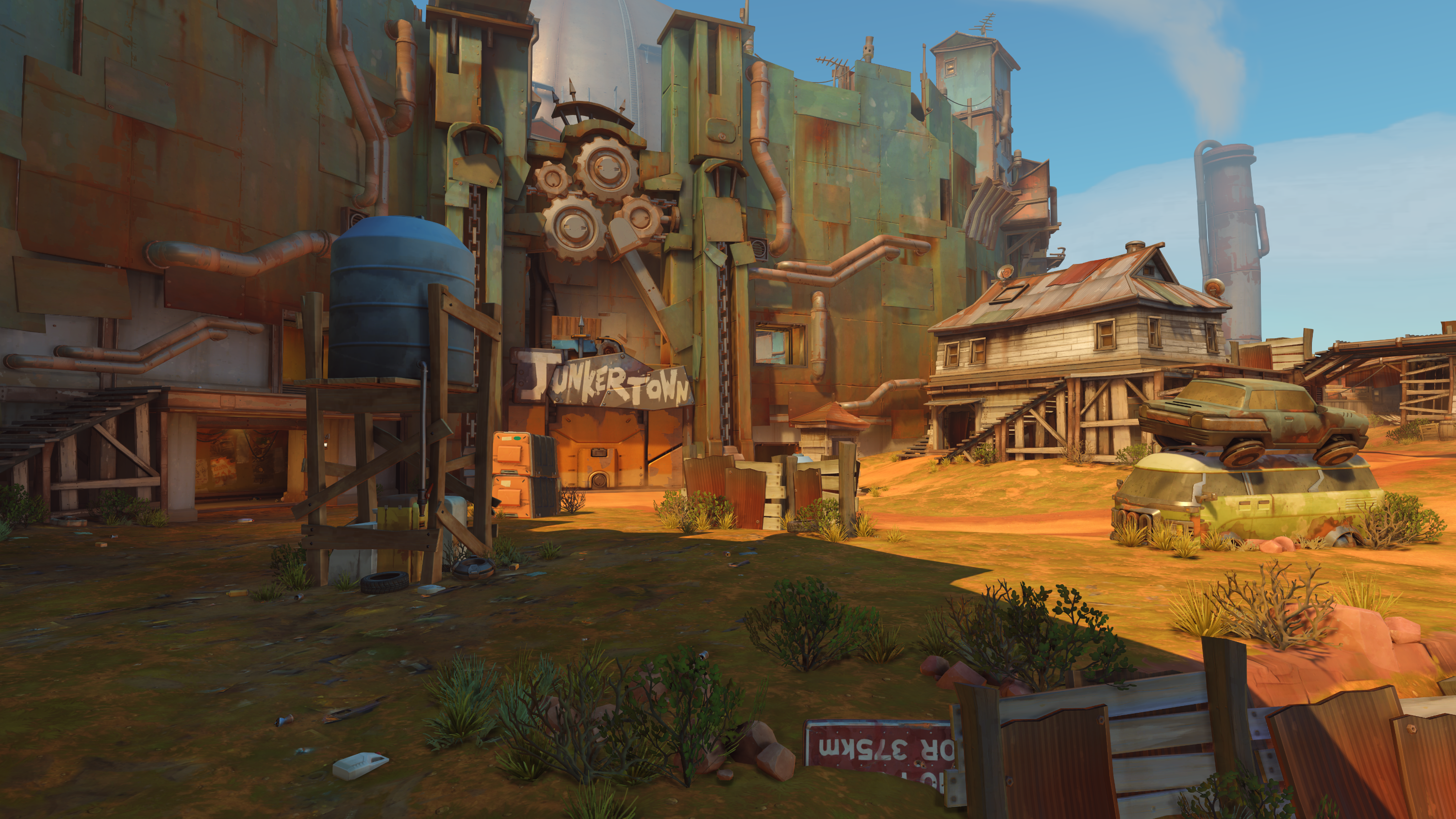 The Australian crime duo of Roadhog and Junkrat star in a hilarious animated short designed to promote the upcoming map, Junkertown. A mix between the stylish post-apocalyptic aesthetic of Mad max and the comedic  tomfoolery of a character like Junkrat, these two pieces of media provide our first in-game glimpse of the Australia wasteland that has been teased since the game’s release. 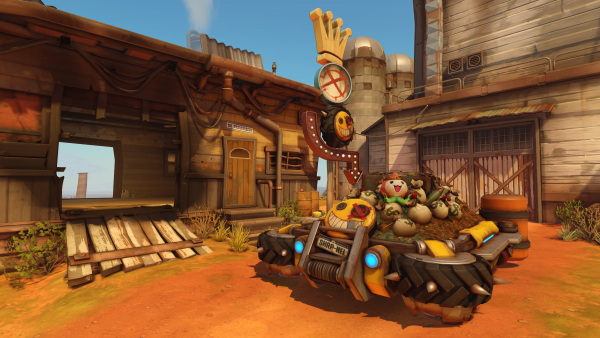 I think my favorite part of the whole trailer has to be Junkrat’s continually revised plan and of course the gold crown on Pachimari – because if any Overwatch character deserves some swag it is Pachimari.

Here is a bit about the founding of Junkertown curotesy of the Overwatch Wikia:

“After the Omnic Crisis, the Australian government hoped to restore peace with the omnics by granting them a large area of land surrounding the Australian omnium. In doing so, many residents of the outback were displaced, and some of them, including Roadhog, formed a group of rebels they called the Australian Liberation Front. The ALF eventually managed to sabotage the omnium’s fusion core, which blew up the omnium, irradiated the area, and scattered scrap metal across the outback.

Survivors would go on to build Junkertown in the ruins of the destroyed omnium. The town’s residents, called Junkers, make a living scavenging parts from the omnium’s skeleton. In the center of town is a gladiatorial arena called the Scrapyard where the Queen of Junkertown oversees mech battles.” 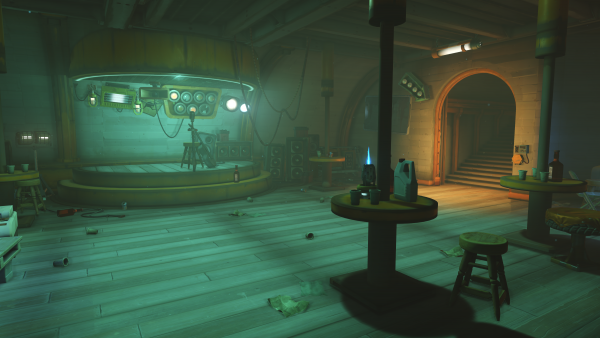 It is unknown if both the upcoming free for all and team death match modes and Junkertown will launch on the live servers simotanously as one update or if they’ll be spread across two updates over the course of September. FFA and TDM are already available on PTR.