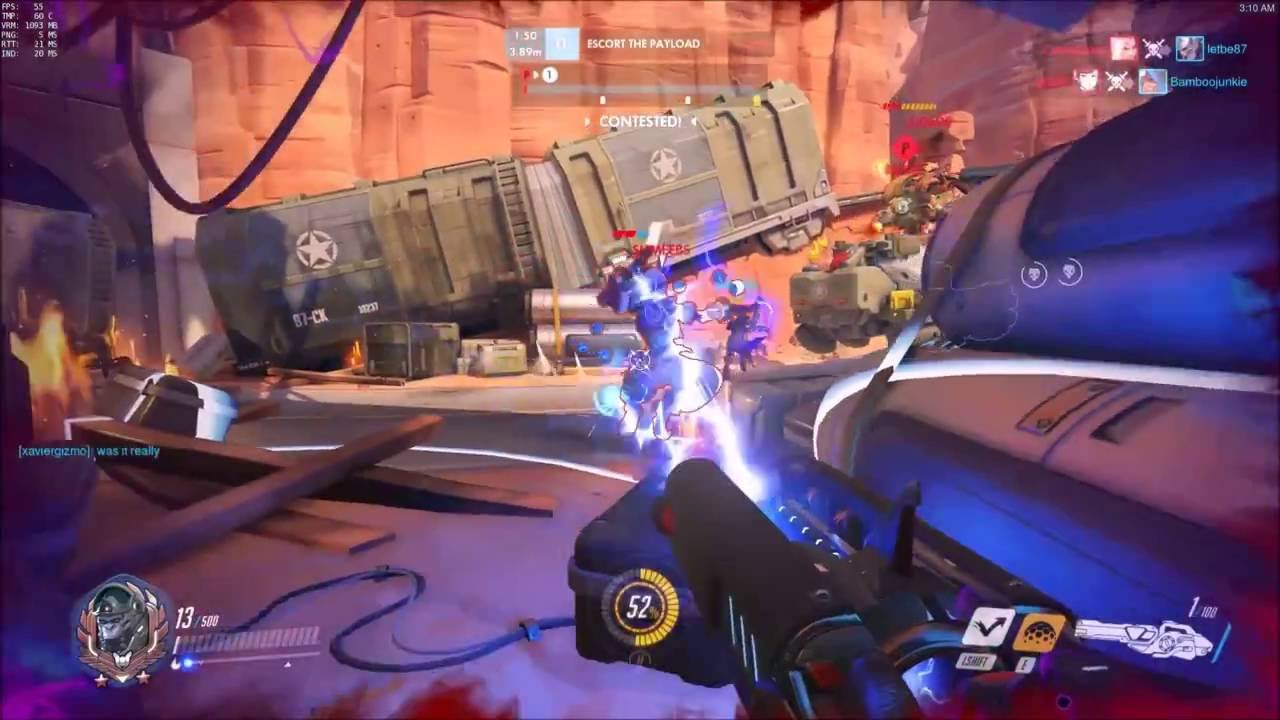 Heroes will clash against each other with no payload to escort in Overwatch’s upcoming Deathmatch mode which will be introduced in a new patch after the Summer Games conclude on August 28th. Unlike the death match-like Skrimish Mode, the official DM modes will come with their own special scoreboard and some modifications to player abilities.

Gamer Director Jeff Kaplan surprised the community with the two new modes – Free for All Deathmatch and Team Deathmatch in a brand new developer update via the official Overwatch YouTube channel. Certain Heroes will not have access to all of their abilities during a Free For All match – Mercy for example only has her blaster and since she cannot resurrect herself, her ultimate ability is turned off alongside her escape ability.  When playing Mercy on TDM all of her abilities are unlocked with some small tweaks – when using resurrect your opponents kill count will be reduced!

Players need not worry about being the top player on the scoreboard to get credit towards their Arcade loot boxes. As long as a player is within the top 4 (on their team in TDM or overall in FFA) they’ll receive credit towards the weekly boxes. When the two modes launch they’ll have win conditions set to first to 20 kills for FFA and 30 kills for TDM. The selection of maps will differ between modes – split between existing maps used for objective mode, the elimination maps added during the Orisa patch and a brand new map focusing on the backstory for Talon member Widowmaker.

If you’re sick of playing Lucioball or trying to unlock that time limited McCree and Soldier 76 skins you can tryout these new modes on the PTR. They are expected to be rolled out  around September 5th, which is the first Tuesday after the Summer Games end.