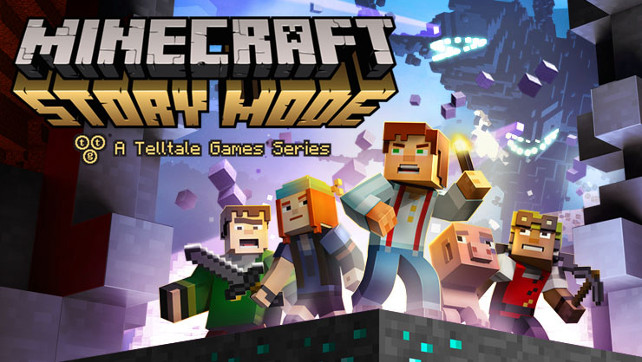 Minecraft: Story Mode – The Complete Adventure – Embark on a perilous quest across the Overworld, to the End and beyond. With a team of friends at your side, and a troubled land in need of heroes, your decisions – what you say and do – drive the story around you, so choose wisely! The Minecraft: Story Mode – The Complete Adventuregame includes all five episodes of Season One and all three episodes of the Adventure Pass. The game will be available on Nintendo eShop on Nintendo Switch on Aug. 22.

Chicken Wiggle – A brand new world of platforming and adventure! The stars of Chicken Wiggle are an improbable duo: a young chicken and his best buddy – a wiggly worm – nestled in his backpack! Together, they team up for adventure to jump, peck, and worm-grapple across a myriad of perplexing platforming levels – full of fun gadgets, tricky hazards, and sneaky foes – determined to rescue their friends from the wicked witch in her sky towers.

Alchemic Dungeon – Classic rogue-like plus item crafting Challenge the randomly generated dungeons to the best of your knowledge! Alchemic Dungeons is a rogue-like game that can be replayed with the random dungeon generating system. One action, one turn. The orthodox turn-based rogue-like game. With the item crafting feature, you can combine the obtained items and create powerful items that give you advantages in battle. Though the rule is simple in beating enemies with magic and skills, an easy miss will trouble you in despaired with tough enemies that’ll leave you surrounded. In being easy, if you are distracted, you get stuck. Which is the thrill of the rogue-like game!