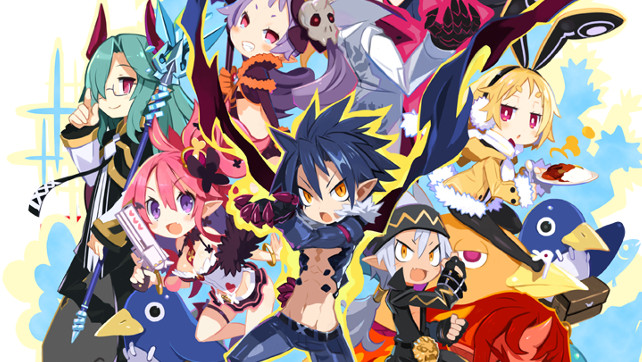 Disgaea 5 Complete – In the Disgaea 5 Complete game, lead Killia and his tenacious army of rebels on their dark and dangerous path to vengeance. This strategy RPG offers hundreds of hours of over-the-top, award-winning gameplay, and marks the first time the core game is available on the go. The game includes all eight bonus scenarios, four fan-favorite characters and three character classes that were originally only available as DLC. For people who want to try before they buy, a free demo for the game is also available in Nintendo eShop on Nintendo Switch.

Drone Fight – Choose from one of four different drones as you aim to fly through treacherous courses faster than anyone has done so before! There are two different kinds of game modes. Either face off against the CPU and aim to come in first place, or take on Time Attack mode and aim to shave every second you can off your best time! When racing against the CPU you can use a whole host of unique items to get the advantage. In Time Attack mode, you can compare your score with other players! Enjoy flying through the skies, feeling the excitement of the race egging you on!

The Girl and the Robot – A tale of an unlikely friendship about two imprisoned souls whose only hope of escape is to fight together. The Girl and the Robot is a unique third person action/adventure game set in a fairy tale world. You take on the role of a young girl trying to escape from a castle ruled by an evil queen. On her way, she meets a mysterious robot that can be controlled remotely and together they encounter many challenges that test the strength of their new found friendship. This game is the first act of the fairy tale.

New Pikmin My Nintendo Rewards: Celebrate all things Pikmin with these fun rewards: