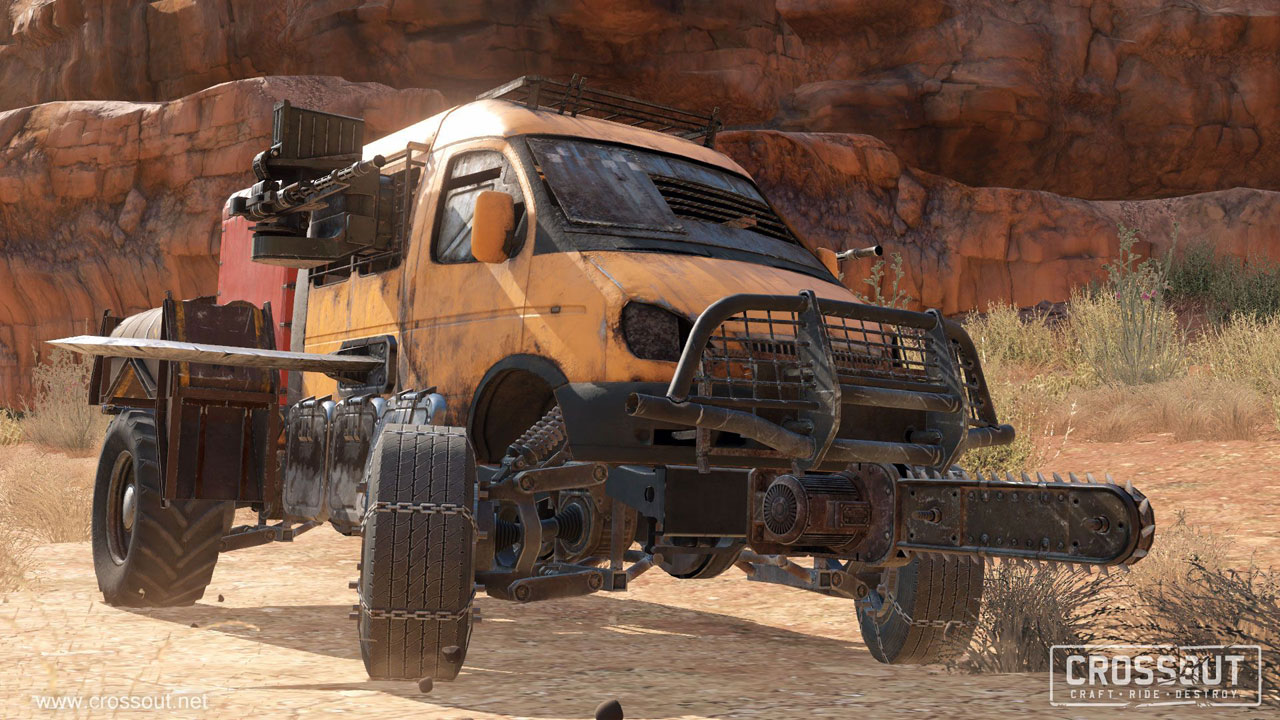 Crossout Gaijin Entertainment’s post-apocalyptic car combat MMO leaves Early Access and enters open beta this Tuesday. Set two decades after a catastrophic event known as the titular cross out society has traded in an armored vehicle with auto canons for the family sedan. Offering a heavy focus on vehicle customization, Player Vs Environment combat and PVP action it sounds like the game has a lot to offer.

Like other MMORPGs Crossout uses a crafting system which allows players to craft new upgrades, chassis, and weapons for their car.  Materials are earned by participating in PVP battles, PVE missions or by breaking down duplicate items purchased from an in-game market.  Crafted parts can change a vehicles statistics – like defense, damage, speed as well as the aesthetics of your car.

Some early adaptors of Crossout – which required a $39.99 CDN purchase – have stated in the official Steam forums that the game is Pay to Win. A developer from Gaijin responded that they consider the game to be “Pay to Progress”, you can purchase materials and blueprints to make parts for your car but you can not purchase parts of your vehicle that would outclass free to play players.

Are you going to try Crossout when it is released on PC and PS4 for free on Tuesday? Let us know in the comments section. To get an idea of how the gameplay of Crossout differs from other MMORPGS check out the early access impressions in the video from YouTuber Reuben Gaming.