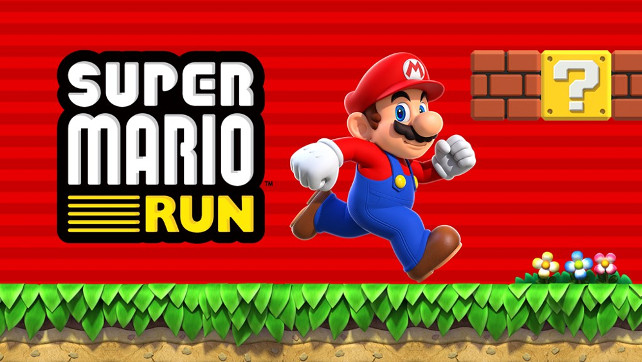 Super Mario Run – The first-ever mobile game featuring the most iconic video game hero of all time will be available later today to download on Apple’s App Store and is available for iPhone and iPad. Super Mario Run is the first Super Mario Bros. game developed specifically for mobile devices and is playable with just one hand.

Mercenaries Saga 3 – Mercenaries Saga 3 is a tactical RPG set in a fantasy world. Battles take place on an isometric grid, requiring you to move characters and take advantage of terrain in order to be successful. Story Long ago there were two continents, split into north and south by a large ocean. These two continents under went vastly different development. In the north continent, the Flare Kingdom, with their advanced industry and powerful military background, expanded their sphere of influence. They annexed neighboring states until the entire north continent was under their control.
PICROSS e7 – The 7th game in the Picross e series, with a Navigation Feature! The first game with 20×15-size Mega Picross puzzles. The new Mark function lets you leave indicators on squares you aren’t sure about, without risking a penalty. Also, new Switch stylus controls allow you to switch input modes just by pressing the Circle Pad or +Control Pad once! Picross is a “Picture Crossword Puzzle Game” where numbers act as hints to complete images. The rules are simple and easy to grasp. Anyone can do it!

Scribble – Think you’ve played a game like this before? Think again! With 5 game modes to choose from, each offering a unique experience. Play in Versus, Teams, Elimination, Barricade or even Tug’O’Draw mode, and find out who is the best artist! Introducing optional ‘Mutators’ that change how you play. Too good at drawing? How are you at drawing when you can’t see the page? What if the ink travels in the opposite direction to your pen? Mutators can really switch up the game with hilarious outcomes.

Excitebots: Trick Racing – Trick Racing gets redefined! Pilot your Robotic insect or animal racer around the tracks at high speeds while performing stunts in this Wii game. Fly off of massive jumps, crash through bowling pins, spin around high wires or assemble a poker hand in the craziest races ever.