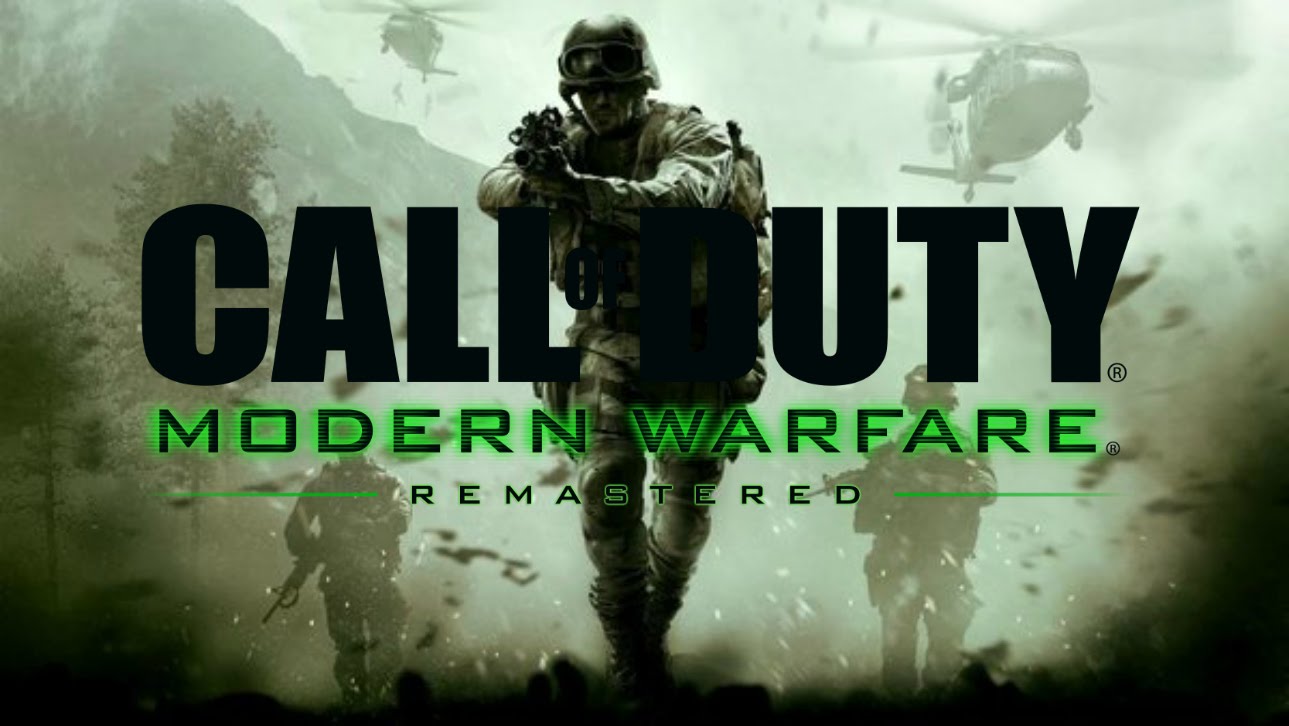 While I cut my teeth on the Call of Duty series with Modern Warfare 2, Call of Duty 4: Modern Warfare has held a special place in my heart since I started playing it back in 2010. Six years later, and numerous iterations of the series afterward, Modern Warfare Remastered brings back all those fun memories thanks to Raven Software and Infinity Ward’s efforts. It’s one hell of an experience and it’s a breath of fresh air with boots-on-ground combat when compared to faced paced future or near-future combat they’ve released recently.

For people that haven’t played the original game, Call of Duty 4: Modern Warfare brought the series from it’s World War II roots to current times, giving the player a perspective from multiple soldiers. Starting off as Sergeant John “Soap” MacTavish as the FNG in the British SAS for the game’s tutorial, the game’s story progresses quickly from there to infiltrating a tanker to retrieve information. The action just intensifies from there, with each successive mission ratcheting up the tension. After the assassination of the President of an unnamed Middle-Eastern country, the US 1st Force Recon invades the Middle East to search for the assassin, Al-Assad. 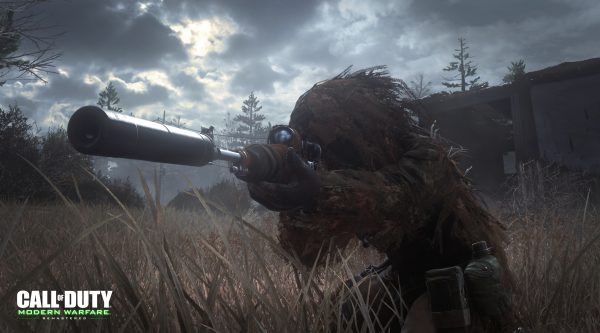 One of my big, and few, gripes about the single player campaign is that it’s short. When this game originally came out, first person shooter’s storylines ran about twice as long as this game’s campaign – with a bit of dedication, Modern Warfare can be cleared in roughly six hours. While there are multiple difficulties along with the ability to unlock an arcade mode, MW helped kick off the trend of shorter story games with a longer-term multiplayer plan in returns replayability It became an unfortunate trend with shooters in the years since, and while there are other games that are bucking that trend, Call of Duty’s developers need to rectify this issue with the franchise as a whole.

Regardless, it’s an amazing story to play, though! From going through door-to-door through the middle east trying to find Al-Assad, to sneaking through Pripyat to assassinate the leader of Ultra-nationalist Russians, to even commanding the guns of an AC-130 on an escort mission to advance the story – there is a lot of action on display here. Tying in the story threads of each perspective, Modern Warfare presents like a movie, and with the improved graphics, effects, and sound design, it has never looked or played better than on current-gen console hardware.

While the campaign is on the shorter side, the multiplayer makes up for this by adding to the game’s longevity. With being the game that originally introduced the ability to have your level and weapon/perk progress reset for a new icon, aka “Prestige”- being one of the first games to add RPG elements to an online FPS, Modern Warfare Remastered requires quite a bit of time to go through the level progression numerous times. For Call of Duty fare, all of the game modes from the original are included, such as Team Deathmatch, Free For All, Search & Destroy, and old school Free For All. The remaster also brings fan-favorite game mode Kill Confirmed into the foray, with the addition of Hardpoint and Gun Game from the update that happened on December 13th.

In addition to the game modes added to this updated classic, Modern Warfare Remastered now has all 16 maps from the original base game. As an added bonus, the former PC-exclusive map Christmas Crash was also added in, bringing the current total of playable maps to 17. Game matches are quite fast-paced, with either going through a wide open bog in the middle of a war-zone at night, to the tight spaces of a deserted Russian office. When compared to the original game, the matches are just as I remembered it. 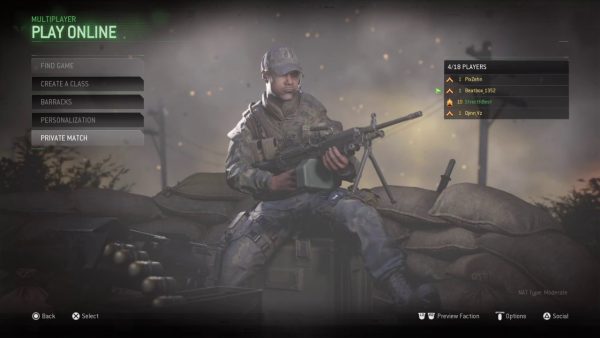 The Create-A-Class system, something completely new at the time of the game’s original release, became one of the bread-and-butter experiences of Call of Duty multiplayer – with its’ inclusion in multiple iterations. The player is given a main firearm, a side arm, tactical grenades, lethal grenades, and three perks to give certain advantages though gameplay. Fancy being quiet and sneaking around? Equip a silencer to your main weapon and use Dead Silence perk to mitigate sound from your footsteps. Wanna be a powerhouse that can take hits and keep going? A high-powered rifle with Juggernaut so you can take more damage!

Another staple in Call of Duty multiplayer feature set that was introduced with this game were Killstreaks. Upon successive kills without dying, a player can “call in” a UAV radar, a targeted airstrike, or even a helicopter to wreak havoc on the enemy team. This was done to give rewards to players that could stay alive and brought a trend of people trying to go for higher killstreaks in games afterward. Being on the receiving end of an enemy helicopter is a big annoyance as ever, so it goes to show that some things never change.

With the remastering comes with numerous additions by Raven Software. These improvements took some of my gripes from the original, like limiting gold camo to specific weapons and questionable connection quality at times, and improved on it considerably. In addition to the ability to have gold camouflage for all firearms, new camos were added such as Regal and Exclusion zone, calling cards and emblems were added as well. Taking a note from the recent Call of Duty games, supply drops were added into the game, which adds in player customization, weapon kits, and melee weapons among, other things. While the additions that were put in with the base game were nice, the continuous updates to multiplayer will extend playability for this game far longer than what just a basic remastering could have done. 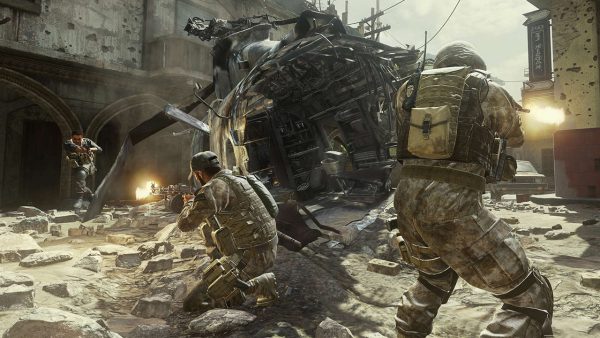 With all the previews that were going on before Modern Warfare Remastered was released, I expected a visual and audio overhaul to the game and that was it. Upon being able to play it, I was absolutely floored with how Raven Software went above and beyond with remastering and improving the game, especially the multiplayer component. Overall, the game is as I remember it in terms of gameplay, but the improvements and additions really make the game shine. I hope that with future updates that the maps from the Variety Pack are included, along with some nighttime variants of maps that were cut from the original game during development.

If you’re a huge Call of Duty fan and want to pick this up with Infinite Warfare, then go for it. If you’re just looking to really play this game, then please keep in mind that the Infinite Warfare disc or having the Digital Deluxe Edition is required in order to play this game, and it would be a good idea to wait for the edition you want to go on sale again before purchasing it. There’s a rumour going around that Modern Warfare Remastered will eventually be playable without this requirement, so I’m crossing my fingers. If that does eventually happen, then Remastered is definitely worth the purchase by itself.

For the full Infinite Warfare Multiplayer review, head on over to see what Rae has to say on it.

Modern Warfare Remastered is currently only available with the Infinite Warfare Legacy, Digital Deluxe, and Legacy Pro Editions for PC, PlayStation 4, and Xbox One