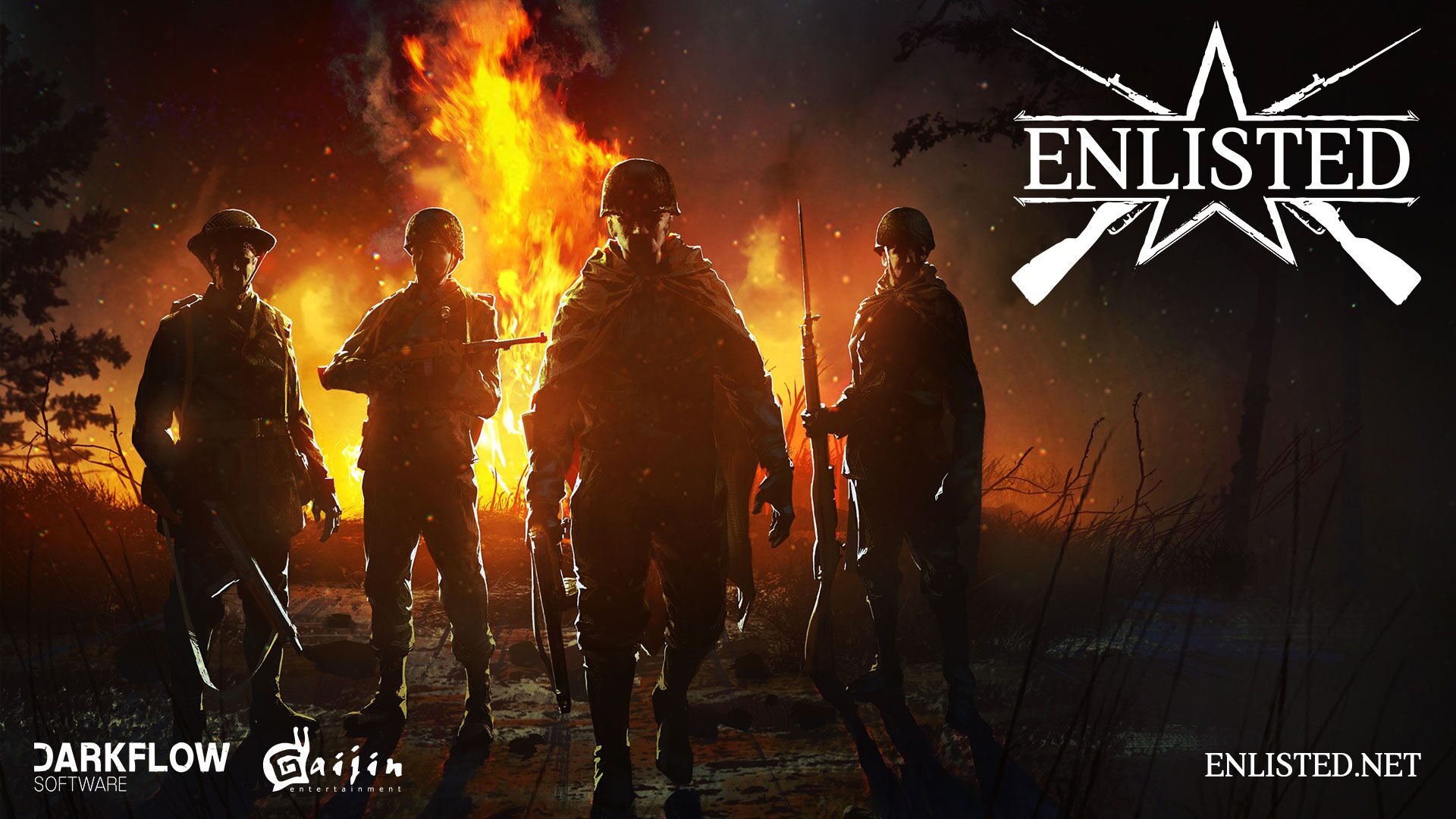 After almost a decade of military shooters being set in the near future or modern day, it looks like developers are looking to take players back to the WW2 theaters of battle. Publisher Gaijin Entertainment in collaboration with developers Dark Flow Software jointly announced their newest FPS title, Enlisted, for release on Windows PC in the second half of 2017.

Enlisted is billed as taking a different approach to the Second World War when compared with other games. Battles in Enlisted will be separate instances, each containing over 100 players, and according to Gaijin the two launch campaigns will focus on decision making and tactics comparable to those used by the soldiers in the real life battlefield.  Because every ally and opponent are real players Dark Flow Software are promising engaging confrontations that won’t simply be “kill the opposing team”. 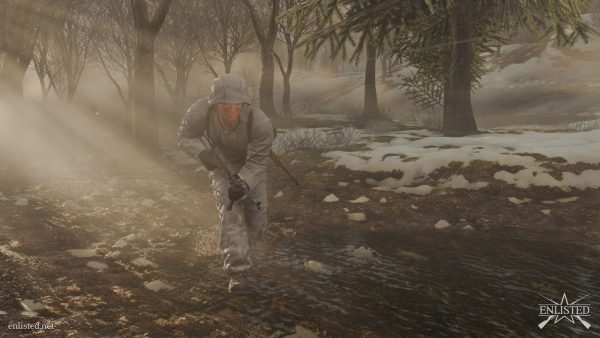 Here is how a proposed scenario would playout online with some of the players taking on the defense of the Russian front during the Battle of Moscow:

“You may be a defender of Moscow in the trenches dug around the city, facing advancing enemy tanks and superior forces, with an objective to hold the enemy, to stop the advancing army in its tracks with all the resources you have. Your task is not to kill every enemy soldier; imagine being a member of the landing operation with an objective of capturing a foothold and mounting defenses, making it possible for the main forces to land on the continent, or, on the contrary – defend against the landing party, or lead your troops so that they arrive in time to a strategic point. This is something one can experience in single-player games but not in online game with human opponents.” 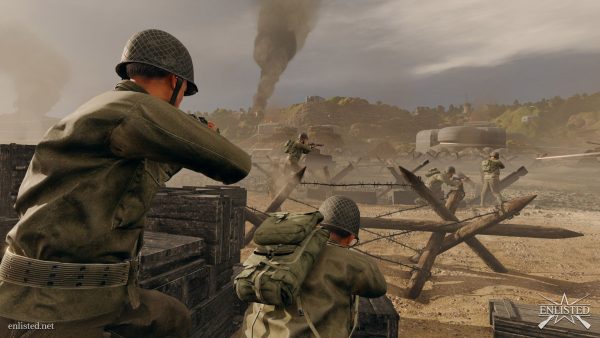 Right now on the games official website – http://www.enlisted.com – Gaijin and Dark Flow Software are promoting their crowd funding efforts for Enlisted as “open development”. Basically, they are committing to delivering the first two episodes of the massive multiplayer campaign, “Invasion of Normandy” and “Battle of Moscow” as separate titles on Steam by the end of 2017 with two more campaigns unlocked as stretch goals if the crowd funding campaign hits either $250,000 and $500,000 respectively.

Those who chose to pre-order either campaign for $19.99 each for $49.99 for both in a bundle with extra unlockable items can also choose to purchase up to three add-on weapons with better accuracy, larger clips or higher rate of fire when compared to their standard variants. 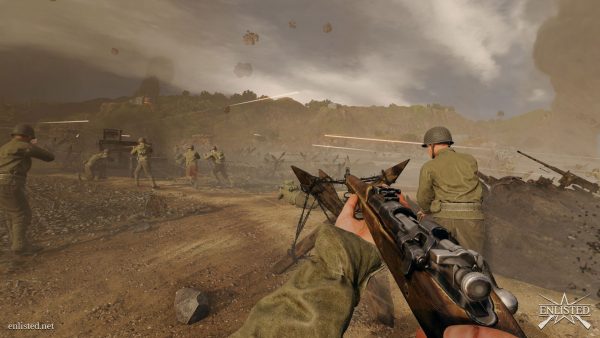 Overall Enlisted sounds like an interesting concept – certainly there is a unique appeal to a historical game world populated by real human teammates & opponents, certainly skilled players could do a lot better than even the most advanced A.I. The other side of the coin is that I could see why some might leery of a funding model that could be seen as withholding campaign until arbitrary funding levels are met, especially when the game already has a publisher behind it. I’d also be a little concerned about the optional add-on weapons currently available for purchase, it is not uncommon for MMO publishers to offer pre-order players a two or three day head start, offering them a weekend or so to see some of the game’s launch content. From the look of things, Enlisted’s pre-order players will not only get access to the Community Beta Test but also higher statistic on their chosen weapons, and that could be infuriating.