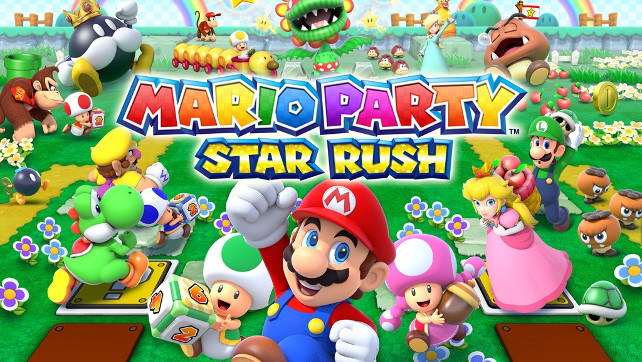 Mario Party Star Rush is set to change the rules in the Mario Party series when it arrives on the Nintendo 3DS in November. Gone is the slow, turn-based gameplay and in is a fast paced, all out action fest.

You’ll have to think fast and have a blast with the variety of ways to party with Mario, Toad and the rest of the Mario gang. Mario Party Star Rush will feature seven modes, including Toad Scramble, a mode with open maps to push your strategy, fast-paced mini-game gantlet Coinathon. There is also Mario Shuffle, in which players maneuver three pieces to their opponent’s side of the board.

In Toad Scramble, everyone plays as a Toad, but Mushroom Kingdom allies are waiting around the board to team up and take down bosses in mini-games. The game is also compatible with the Super Mario series amiibo figures.

Mario Party Star Rush will be released on November 4th in retail stores and in the Nintendo eShop, and will be released alongside seven new amiibo, including Daisy, Waluigi and glow-in-the-dark Boo.

Check out some screens from the game below, as well as some images of the new amiibo!