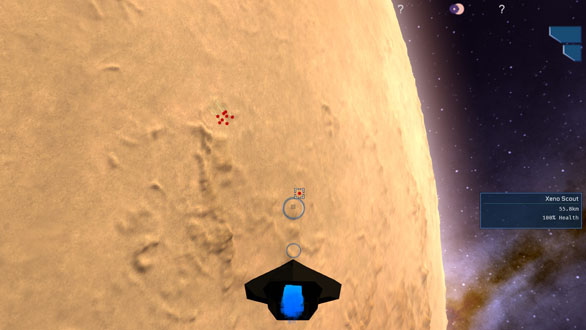 While checking out No Man’s Sky on Steam about a week ago, the recommended section lead to me a title called Rodina. Released just over two years ago, it’s also a space adventure that lets you take control of a smaller Star Trek like vessel to explore the neighbouring asteroids and planets. Think of it as a more compact No Man’s Sky. Created by an employee who used to work with Bethesda Softworks on Oblivion and Fallout 3, you know this is going to be an interesting adventure.

The biggest thing Rodina has going for it, besides the space flight and such of course, is the story. Much of it is told through emails unlocked via data cubes you find at marked locations on planets and asteroids. One of the rooms just off your ships main bridge has a communications unit, allowing you to automatically decode and read this data.

Sure there is a lot similar here to No Man’s Sky, but Rodina is it’s own game. If nothing else, the size of your ship is quite cool. It’s nice having a small home to drive around the stars. On top of that, there are some more unique moments. I’ve had a fire on my ship that I had to scramble around and put out with fire extinguishers. There’s space combat which I’ve actually found to be quite well done. The only big difference really is that the planets have somewhat noticeable transitions. You still fly through them, but you are encouraged to actually use a flight path rather than barrel down towards the planet like an asteroid on a collision course. I could be wrong, maybe this isn’t the loading time of the game, but really, that’s just tech jargon. You don’t see a loading screen, so good on Rodina!

As you follow the games instructions and upgrade your ship further, you’ll find upgrades to your engines to be able to fly away from the asteroid belt you start in to some far off planets. Warp speed is kind of neat in Rodina since it shakes the living daylights out of your ship. It really adds to the sense of power behind your travel.

I’ve only poked at it a bit, but if you want to take it easy and explore a detailed story, maybe Rodina is more what you’re looking for right now. Sure, there is a lot to explore in No Man’s Sky, but for under $20 you can take a different tour through space with Rodina if you need a break. Or if you’re just a fan who’s returned home from vacation and don’t really have the cash to spend on NMS but still want to try landing on various planets. There is a demo available as well! Check it out on Steam today.