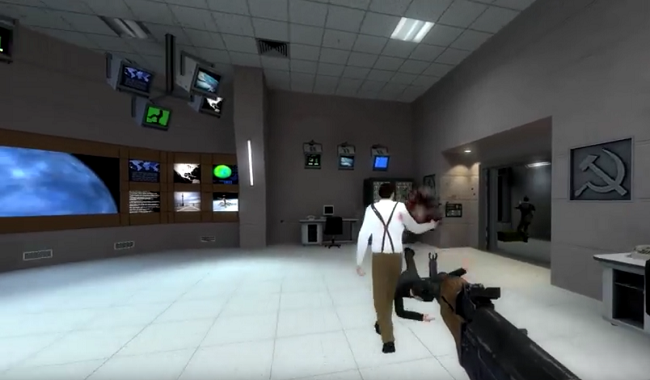 Goldeneye Source offers a number of Multiplayer Modes including:

Maps in Goldeneye Source come in two varieties – ‘Classic’, which aims to recreate the N64’s original geometry as close as possible but higher resolution textures and another set of reimagined maps that take artistic liberities with Rare’s original designs.

Goldeneye Source requires an installtion of 4.5GB plus an additional 3.5GB for the Source SDK Base 2007 which is required to run the game.

If you’re looking for additional resources about the game I highly recommend checking out their FaceBook page here or the Steam community that has sprung up about the game here. As of the time of publication multiple full servers were to be found – totally more than 15!