During the San Diego Comic Con SEGA held a 25th anniversary party for their iconic mascot Sonic The Hedgehog. The publisher held a multi-hour live stream on Twitch and it wasn’t without its share of gaffs and errors. Audio would periodically drop out, there was a persistent hum during early sections of the broadcast and one of the surprise reveal trailers had to be played twice because the in-person audience in California couldn’t actually see the video.

Sonic Mania is a brand new 2D entry in the franchise inspired by the classic Genesis titles being developed by SEGA of America in collaboration with Christian Whitehead (aka TaxMan), who handled the iOS ports of various classic Sonic titles.  Sonic Mania will revisit classic zones like Green Hill Zone from Sonic 2, Sonic 3 and Sonic CD but it will also introduce brand new acts and levels.

“Project 2017” is an upcoming console Sonic title aiming for a holiday 2017 release on PlayStation 4, Xbox One, PC and Nintendo’s unrevealed NX platform. Details on the game is very scarce aside from the game’s tagline “Join The Resistance”, a brief debut trailer that appears to carry a darker narrative tone than some contemporary Sonic titles and the appearance of “Classic Sonic” from Sonic Generations.  Sonic Team has said this is not Generations 2 and that it is not a direct sequel to any other game in the Sonic franchise.

If you missed out on the 25th Anniversary party for Sonic The Hedgehog and don’t want to watch the entire live-stream Jim Sterling has compiled a super-cut of some of the more cringe worthy moments.

The jokesters over at NeoGAF have already coined this live-stream as the successor to Konami’s disastrous E3 2010 presentation. All of this resulted in sets of hilarious gifs, wonderful photoshops and pages upon pages of complaints about the event. 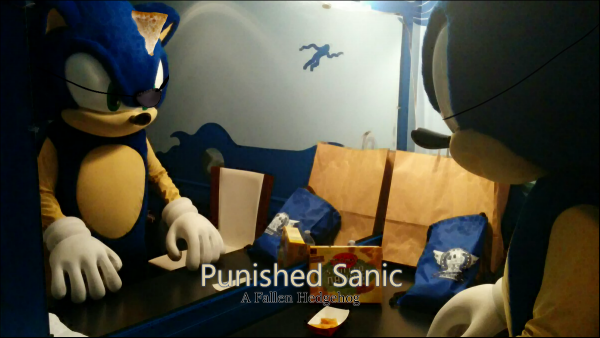 Technical glitches aside, from a content perspective I think SEGA nailed it with the quality of their reveal trailers & seeing Crush 40 perform live was a nice treat.