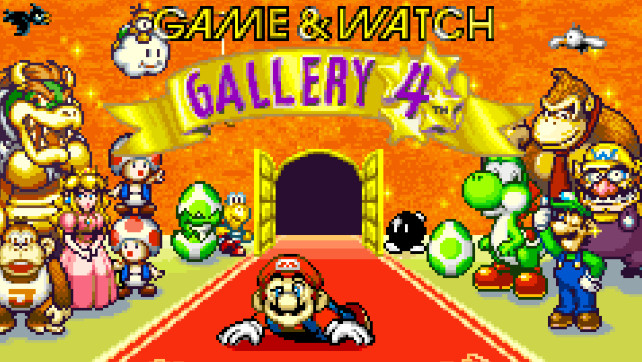 Tomorrow is Thursday, which is Nintendo download day in North America. Among the other releases is another Virtual Console game for the Wii U, which seems to be becoming a weekly thing.

This week the Game Boy Advance title Game & Watch Gallery 4 will join the Wii U collection.

Originally released in 2002 for Nintendo’s handheld, the fourth part to the Game & Watch Gallery series lets you enjoy favorite classic games, both in their original and enhanced formats. Classic mode will take you back in time to when games were much simpler. Modern mode will bring improved play control, color, and sound effects. Earn stars to unlock new features and even more games!

The game will retail for $6.99 USD in the Nintendo Wii U eShop.