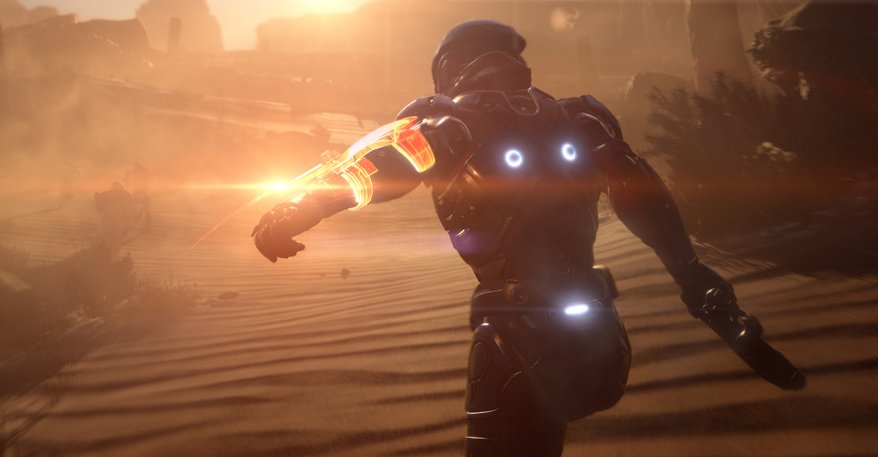 An EA marketing survey may have just exposed the plot for Mass Effect Andromeda. Take this with a grain of salt because this comes from screengrabs posted by NeoGAF user anexanhume. NeoGAF is often responsible for false or just plain faked information on upcoming games and system, so take the following images with a grain of salt. 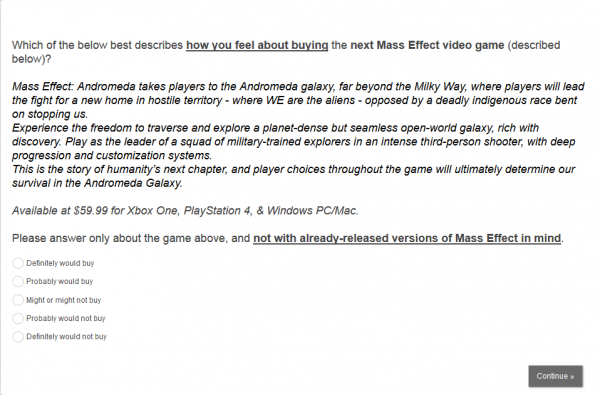 in case you cant read the text, I have copied it out here for you:

“Mass Effect: Andromeda takes players to the Andromeda galaxy, far beyond the Milky Way, where players will lead the fight for a new home in hostile territory—where WE are the aliens—opposed by a deadly indigenous race bent on stopping us. Experience the freedom to traverse and explore a planet-dense but seamless open-world galaxy, rich with discovery. Play as the leader of a squad of military-trained explorers in an intense third-person shooter, with deep progression and customization systems. This is the story of humanity’s next chapter, and player choices throughout the game will ultimately determine our survival in the Andromeda Galaxy.”

So there you go. Its an unconfirmed leak on NeoGaff about the plot of the next major instalation in the Mass Effect series. You decide if its real of fake.