Reddit user /u/popingheads has posted a video to the League of Legends subreddit showing his champion getting placed in to two separate matches at the same time. Its as odd as you might think. Both of the matches seem to feature the same 10 players. While Popingheads team plays in one game, the other team seems to be playing in the other. So which on is the right one? Only Riot knows, and I doubt they will be telling anyone any time soon.

The user also provided this end of game screenshot as additional proof that there were two games, and provides this anecdote about how the games ended

” after the enemy rushed down our Nexus both matches closed for me. One of my other friends was still stuck finishing the other match which was a 2v1 however.” What an intresting and potentially game breaking bug. Have you ever seen anything similar to this when playing league? Tell us on Facebook or Twitter 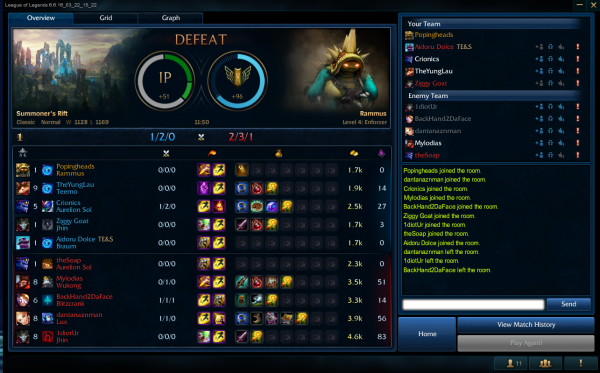