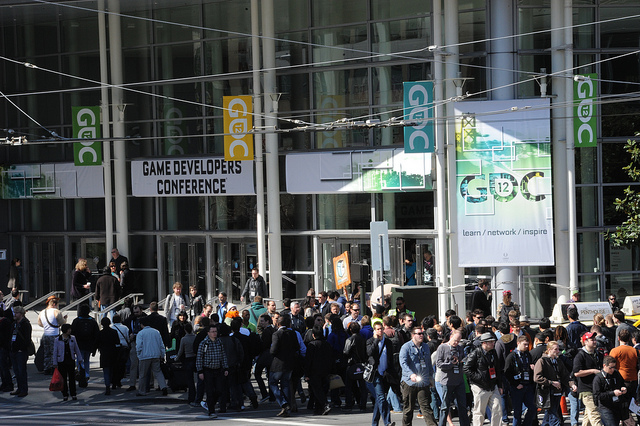 The Game Developer Conference (GDC) held in San Francisco is fast approaching. This will be the 30th year of the event, which is the largest game industry conference in the world.

The main GDC conference runs Wednesday the 16th to Friday the 18th, but Monday and Tuesday host summits for more detailed looks into their themes, including indie development, education, and virtual reality.

As the conference is prime grounds for getting a foot in the door of the game industry, there are also many students and aspiring game developers who attend. I hope that this guide will provide them and others with helpful information on how to get the most out of their GDC.

Stay Hydrated and Well Fed – While this may seem obvious as both water and food are normally required for survival, it is easy to get dehydrated and low blood sugar in the rush of events and enthralling conversations, especially after an evening of networking over drinks. Water bottles and portable snacks are your friends and both will help to keep you functioning in your best condition.

Promote Yourself – GDC is a great place for networking, so be bold about introducing yourself to strangers. It might be scary at first, but game developers tend to be very welcoming and supportive. You’ll make new friends in no time and, hopefully, some beneficial connections as well. Show confidence and don’t be overtaken by your own modesty – talk about your accomplishments when speaking with others. 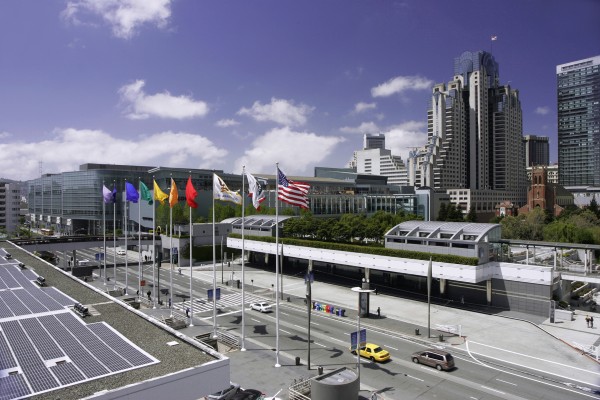 Moscone Center, where GDC is held.

Similarly, remember that you are presenting yourself to other people in the industry. While t-shirts and jeans are the norm, body funk, messy clothes and other social taboos should be avoided. This is also important to remember before ordering your next drink of the evening.

Network with the Help of Friends – If you find yourself feeling shy or are having difficulty connecting with new people, look to the friends you already know. It is likely they have connections at GDC that are new to you and an introduction from a mutual friend makes it easier to connect. However, avoid sticking in a group of just people you know if they aren’t expanding their group. While catching up with friends is a great way to rest, try to make the most of your time at GDC.

No Pass? Don’t Stress – A full access GDC badge costs a whopping $2099, however, an expo pass is only $249. While the expo pass won’t get you into the great talks and summits, it does allow you to get into the expo hall, which many people use as a meeting place. It also gives you access to the recruiting areas, if you’re job searching, and lets you into GDC exclusive parties. If you can’t afford a pass, however, it is still worth it to hang around the area and attend the events. With over 26,000 developers in town, you can make almost as many connections at the locals bars and eateries as in the convention itself. Additionally, there are many events held around GDC that can be fun to attend and don’t require a pass to get in, from networking events to parties and demos. Last year, Firewatch hosted an extremely impressive event where they turned the inside of a building into a forested demo area. Keep an eye out for events that interest you.

Network Your Whole Journey – GDC starts the second you leave your door. With thousands of developers heading to San Francisco, it’s likely that you will run into a number of them on your journey. On my early flight out of Seattle, there was at least two dozen game developers on the plane, representing every kind of game company from 343 to one person indie studios. 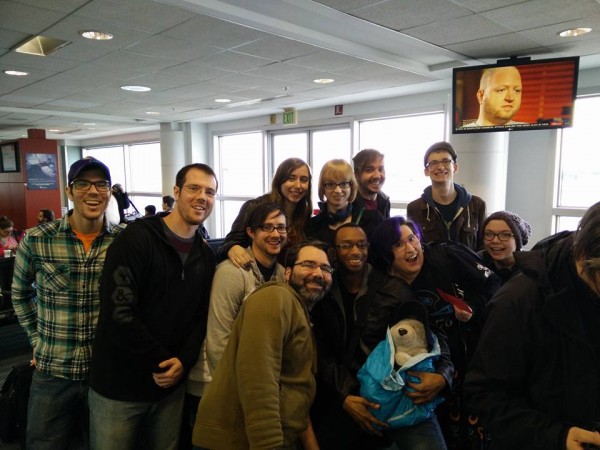 Ask – Not sure what fun events to attend that evening? Ask someone. Don’t know where to go for lunch? Ask someone. Want to know what others think of your game? Ask someone! Curious if a company may want to hire you? Ask them!

To get the most out of your GDC, you’ll need to interact with others. If you don’t, you might as well just watch all of the talks online later. So don’t be afraid to ask questions, whether it’s about business opportunities or just where to grab drinks later!