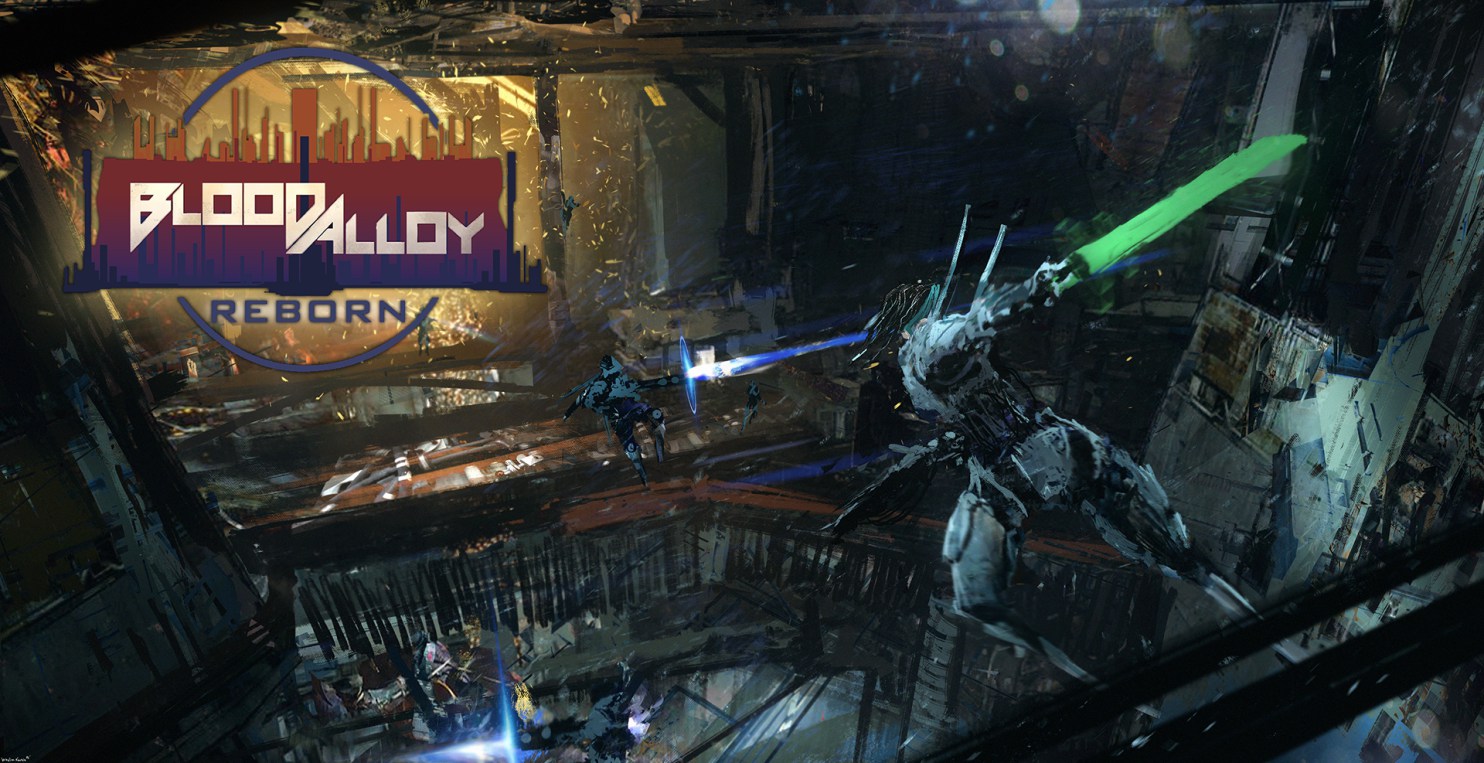 Blood Alloy: Reborn is a new early access game from Suppressive Fire Games. Its currently released in early access an introduction to the gameplay mechanics of a bigger game. Its tiny price tag of $13 is may put some people off, but it’s really just the start of a game. An early tutorial goes over just the basics of maneuvering and sliding, and leaves much open for interpretation. It also seems to be missing a story element altogether. The art style is great for any pixel art aficionado and the music is very well composed. But those seem to be the only real great points about this game as it exists now.

I made a great mistake by skipping the tutorial, and I paid for it. Skipping the tutorial may have been a bit cocky as I soon learned that I knew nothing about this game or its controls controls. After a lot of cursing and many screams of angst I swallowed my pride and loaded up the tutorial. To my amazement, or lack thereof, the tutorial was barebones with nothing more than flashing keys in the background prompting you towards the end of the section. I know it’s an early access game, but navigating the tutorial seems straightforward, yet failure results in an instant reset putting you at the last checkpoint. It was at this point that my frustration began to take hold as I felt less immersed in the game, pushing me away from enjoyment and more towards a sense of dread. 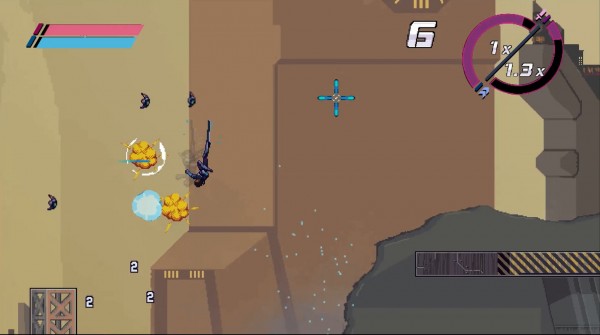 Upon completing the tutorial a small cutscene played and I was thrown right into the game. Having a better understanding of how the controls worked, and what the full mechanics of the game were I saw an improvement in my play. Going through with a better understanding led to better results each different play. Yet during each of my play thoughts’  I was always met with an overwhelming amount of enemies. Building up your score multiplier and chaining kills can spawn in captured allies, and I would assume, freeing them gives a slight health regen. Sure this sounds like a solid point, but keeping up the 10x multiplier doesn’t mean more of these captured allies will spawn. Waiting for the multiplier to reset seems to be the best solution as the game doesn’t progress if you don’t.

I was able to make some progress, after many heavy sighs, and much hard work. As I progressed new equipment and abilities became available for use. I thought, maybe I needed to change up my equipment to better fit my playstyle, or help me along. Yet despite my best efforts the frustration remained. The new equipment gave zero information on use and there was no way to tell if it was “better” or not. So I resort to trial and error right? Well, the more time I sunk in the more the game seems to reveal that unlocking anything will be a long grind. This resulted in even more frustration for me, and even more time spent beating my head against the onslaught of enemies.

While the new equipment seemed to help, there just seemed to be too many enemies to be able to win. Starting the “Boss” fight of a level is satisfying yet there are a ton of enemies shooting at you, as well as the boss. You could imagine the frustration in that, no? Any boss fight is meant to be hard, and sure some have additional enemies, but they aren’t the same strength as what you have been fighting and surely they alone shouldn’t be able to kill you, right? Unfortunately I was not able to do that. 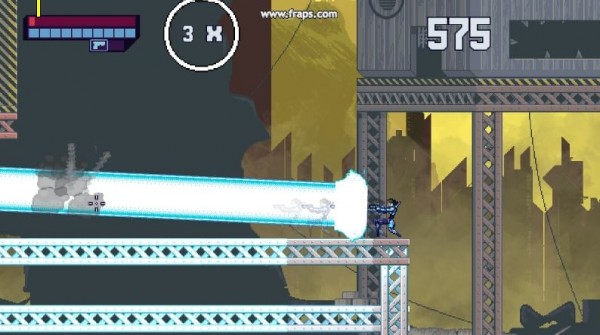 This is an upgrade, I think?

Blood Alloy Reborn has a great pixel art graphics style. Not every game needs to have super ultra-realistic graphics and Blood Alloy gives the feel of old Metroid and Megaman games with it’s pixel art-style. The sprites are gorgeously put together and nothing looks really wonky or poorly made. This is one of the game’s strongest points, with so many games using this style, its hard to stand out, but this game manages to do it. The levels accentuate the feel of an older game. Unfortunately sometimes the background melds into the level a little too much, making you think platforms are there, when there are no platforms there.

The music lends itself to an earlier era of video games, giving you a more nostalgic feel while playing. With an 80’s synth style soundtrack the game brings you back to an older genre of side scrolling shooters. The soundtrack is purchasable through their website, as well as steam.

Overall, the game gives a nostalgic feeling to those who played metroid and megaman when they were younger, the missing story leaves one wanting more, but the combat is high octane and will keep you playing more for the end game equipment. With beautiful pixel art and an appreciable soundtrack the game is great for an introduction into the larger scale one they have planned. No word on when they plan on releasing or announcing the larger scaled game, but with the revenue they generate from this games release may provide them with a more concrete timetable.