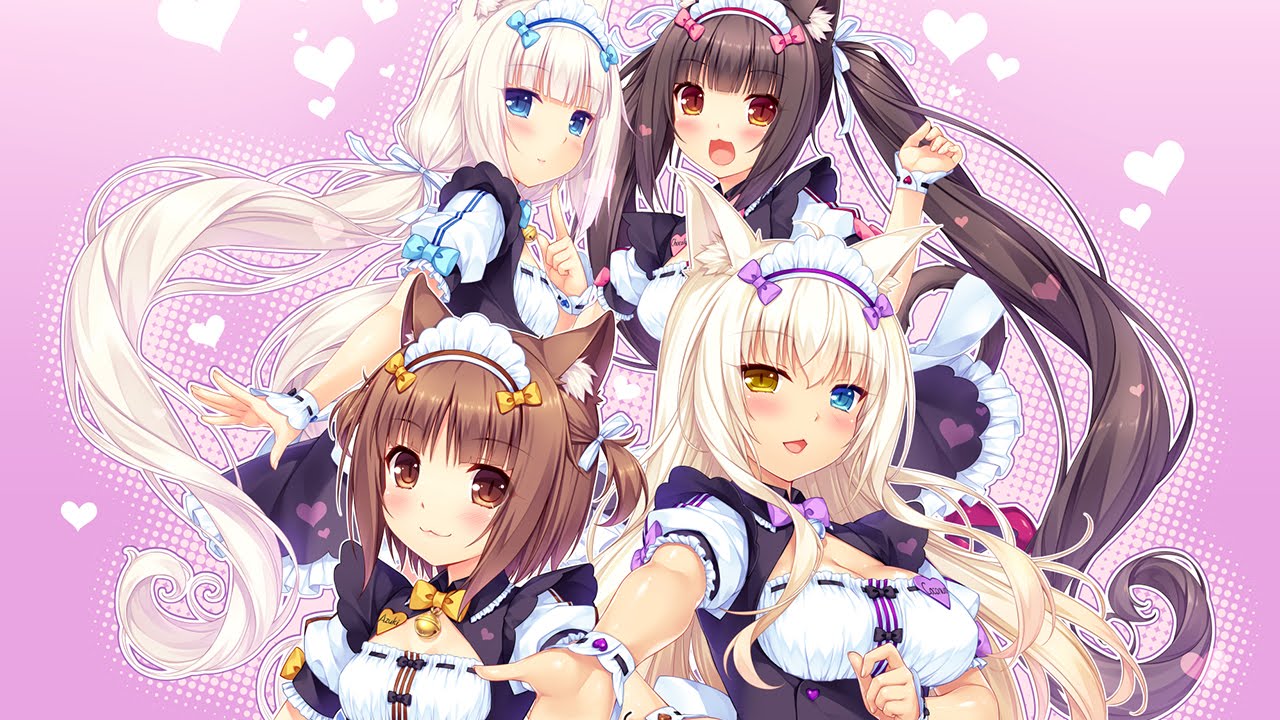 Nekopara Volume 2 returns us to the bakery La Soleil patisserie where we last left our lovely cat girls Chocola and Vanilla. When last we left them they had reached a happy ending and were heading back to the bakery with their master Kashou Minaduki  in tow. Volume 2 picks up right where volume 1 left off, our two primary cat girls are living in the bakery and things are going pretty well. Unlike the majority of the first volume, all is not well in La soleil. One of the first things we see after the game starts is a small fight between Coconut and Azuki, and Volume 2 has a lot more terms of depth than did Volume 1. We get to see some “family problems” that occur, and what can happen when you keep a harem of cute cat girls in your bakery. We get to see a bit of sibling rivalry between Azuki and Coconut with their sibling rivalry serving as a mode of conflict in the game. 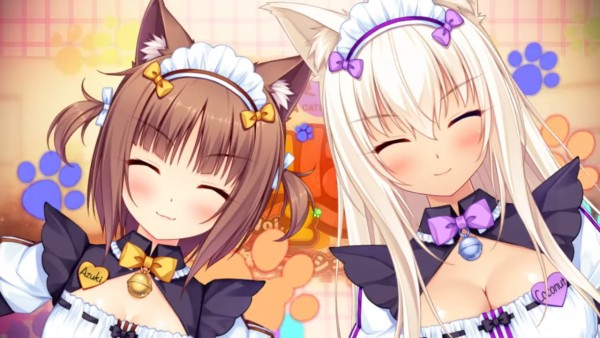 Visually this game is stunning. VN’s as a genre aren’t known at all for being pretty, often employing flat comic book style pictures with no animations. Nekopara has none of those issues. It’s beautifully voiced, contains smooth, pretty, animations and has a lot of extra content you might not see in other visual novels. The game still contains a bouncing breast adjustment slider (something bound to make some people mad) and still has lots of petting, headpats,  and the ability to jump “pages” and view the backlog like the first volume. There is not really anything new but what is there is still done very well. I can’t blame the developer for keeping to what works. Exclusive to the Steam version are also 20 unlockable Achievements and 8 Trading Cards, a neat addition for anyone who likes steams micro-economy features.

For those whom care, since this is the steam version the R18 scenes have been removed. In volume 1 it was obvious where they were supposed to be in the game, here it is much less so. I presume this means the sex was more fan service this time around than integral story. There is only one instance of dialog where this is a problem, after one excised sex scene Azuki mentions changing the sheets to clean sheets and that she’s unable to stand. This will leave more savvy players understand that something sexual just happened, but may confuse some less observant players. All of this can of course be changed with the $10 patch sold by Sekai Project, which turns the all ages Steam version in the the original 18+ version as it was released. 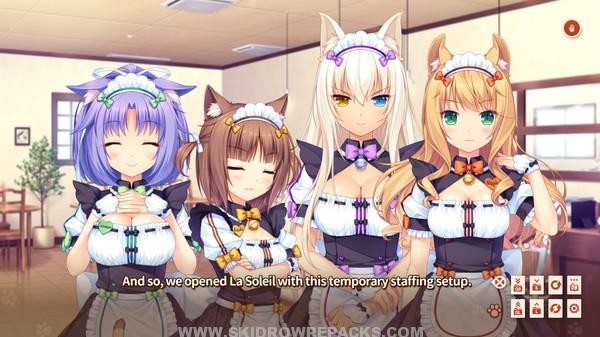 The main cast of Volume 2

Volume 2 is also a bit shorter, than the first,  but I don’t mind that at its small price point ($9.99). At least in this instance we get an explanation for why in modern Japan its ok to have a small harem of cat girls and apparently have sex with all of them. During the VN Vanilla states multiple times that cat girls don’t feel any attachment like humans so they don’t mind polygamy.  Iv been waiting for that sentence for god knows how long! All joking aside, the story is solid, and I really enjoyed the plot. 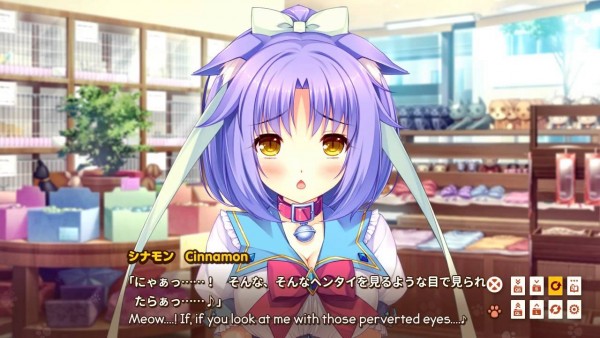 we do see Cinnamon again, but I hope she features more in the next game

Overall I enjoyed Volume 2 of the Nekopara series. It’s shorter time made it a bit easier to run through in one sitting. I found the visuals to be quite pleasing, and I’ll be honest I really love cat girls. The story manages to focus on the interaction of siblings and it takes on a very different tone than the first volume. This keeps the story feeling fresh . I thought the voiced dialog was quite good and well acted, as well as the localization and translation. My only real complaint was that there just wasn’t anything new here. I know they say if it isn’t broken don’t fix it, but I might have liked to see a bit more in the way of options. Even with those few complaints the game is easily worth the 10$ it costs on steam.  Perhaps we will see a few new shiny features when we get volume 3 in the future! Until then I must say good bye to La Soleil patisserie and my beloved harem of adorable cat girls.